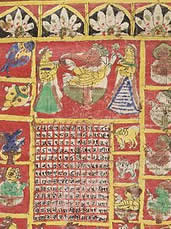 Both are based on the Chaitra calendar years that are named after the solar months named as: - 1. Chaitra 2. Vaisakha 3. Jyaishtha 4. Ashadha 5. Sravana 6. Bhadra 7. Asvina 8. Kartika 9. Agrahayana or Margasirsha 10. Pausha 11. Magha 12. Phalguna

Saka Samvat is believed to be based on the celebration that took place at the time of crowning Shalivahan king in the 78 AD. Gudi Padao (March-April) indicates the starting of this particular year. Reformulated Saka calendar is officially used in India as a civil calendar. Its year zero begins near the vernal equinox of the year 78 AD. Thus, by adding 78 to Saka year, we get Christian year. e.g. Saka 1752 + 89 = A.D. 1841. It is India’s National Civil Calendar and was accepted by Govt. of India on 22th March 1957. The year in this calendar starts on 1st of Chaitra, meaning 22th March in normal Gregorian calendar years, and on 21 March in a Leap Gregorian year. It is also used in Java and Bali with Hinduism religion in Indonesia. 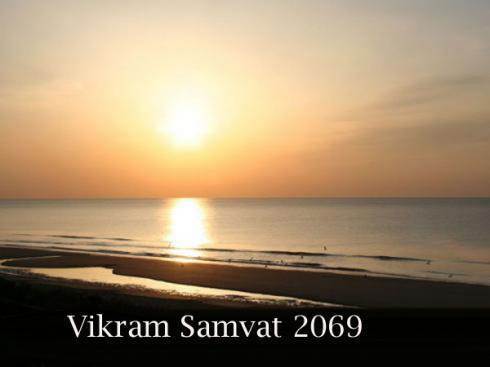 Vikram Samvat is often associated with Raja Vikramaditya of Ujjain and it is believed that this calendar follows his victory over the Saka in 56 B.C. The New Year in this calendar begins with the first day of Kartik that follows Deewali, an Indian festival. In order to get a Gregorian date corresponding to the Vikram Samwat date, one needs to subtract 57 years from the Vikram Samvat date. For example: 2067 VS = (2089 – 57) AD = 2032AD. This is officially followed in Nepal and is also widely used in the West and North west part of India.

Some of the key differences are listed in the table below:-

how vikramaditya victory over saka.....while saka sanwat started after 56+78 year...who started it

Bhaishaki is the first month in VS and not Chaitra. The first day is Bhaishaki festival.

Vikram Sambat is the Official calendar of Nepal. It starts from Mid of April i.e. Baishakh the first month of this Sambat. It is 57 years ahead of English calendar.

You are correct. It starts from Baisakh which falls in mid-April. Vikram Sambat is the official calendar of Nepal.Today is the 1st Baisakh 2074 B.S. Happy New Year 2074.

In Punjab first Montb of Vikrami Samvat is Chetra as per jantries printed in Punjab and calender of SGPC.

Is there no 0AD

not mentioned who is the ruler during that period and its importance .... better it shld be improved