Difference between Sambo and Wrestling

Key difference: Sambo is a type of martial art discipline that originated in Russia. Wrestling is a physical competition for gaining and maintaining superiority over an opponent, by using a string of grappling techniques. 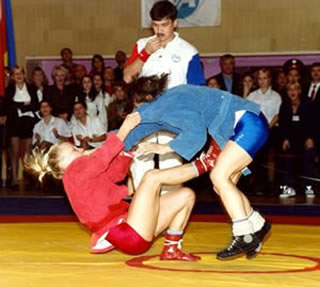 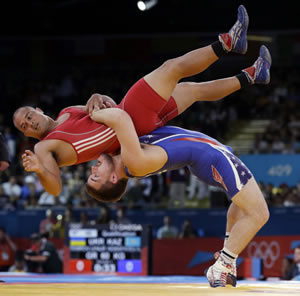 Wrestling is a physical competition between two opponents, who jostle to gain and maintain superiority over each other. The origin of Wrestling dates back to 15,000 year old cave paintings from France, Egypt and Babylon. Over the years, Wrestling has gained much popularity and following, which has led to it’s evolution as an Olympic sport. Wrestling has also influenced many sport cultures around the world. Moves from the sport of Wrestling have been borrowed by variants of martial art disciplines such as Judo, Jiu-Jitsu, MMA, etc. Wrestling’s inclusion in various continental and exclusive competitions, such as the Common Wealth Games, has largely helped its cause of finding acceptance in all hemispheres of the world.

Being a combat sport, Wrestling basically involves the implementation of one’s strength, through techniques like throwing, joint locking, clinch fighting, etc. For this purpose, the sport of Wrestling is invariably known for having grappling as its focus. Various styles and techniques of Wrestling have gone on to inspire martial art styles and military practice drills. Some of these prominent Wrestling styles followed currently are:

Notably, many Folk Wrestling forms belonging to various countries, such as koshti pahlavani from Iran, naban from Myanmar, pehlwani from India, penjang gulat from Indonesia, schwingen from Switzerland, etc., are not in the scheme of things of FILA (the International Federation of Associated Wrestling Styles). More surprisingly, these forms of Folk Wrestling have failed to be recognized by FILA, as international styles of Wrestling.

Comparison between Sambo and Wrestling: