Difference between Scent and Perfume

Key Difference: Perfume and scent both can be used to refer a pleasant smell that is generally obtained by mixing fragrant essential oils or aroma compounds. However, the word perfume is sometimes preferred over scent, in connotation to describe more elegant fragrances.

It is very difficult to differentiate between a perfume and a scent as mostly they both refer to a pleasant smell. The difference can however be made on the basis of the fact that scent is also used to refer a distinctive odour that may or may not be pleasant. Thus, we can define fragrance as always a pleasant scent. When the scent is used to describe a pleasant smell then, it can also be replaced by perfume. 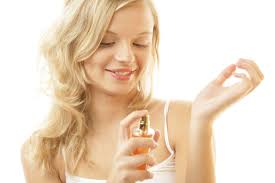 Oxford Dictionary defines perfume as, “a fragrant liquid typically made from essential oils extracted from flowers and spices, used to give a pleasant smell to one’s body”. Thus, it is used to describe a pleasant smell. The word perfume is derived from the Latin word ‘per fumum’, which means smoke. In the Stone Age, the people get acquainted with the smell of burning wood. Later the smells were sensed from various sources and thus perfumes became popularized with the later civilizations.

Earlier the production of perfume was reserved for the priests as these scents were considered only to conciliate the gods. The priests use to burn incenses and aromatic herbs during religious services. Later kings and queens were allowed to use the perfumes. The term perfume was widely popular in the early 16th century, after the crusaders returned from the Middle East claiming to have acquired the secret of developing fragrance from Europe.

According to Wikipedia a women named Tapputi of 2nd millennium B.C., is considered to be first recorded chemist. She distilled flowers, oil, and calamus in order to make a perfume. The Perfumes are generally prepared by mixing aromatic compounds with ethanol or a mix of ethanol and water. As the concentration of aromatic oil increases, the more intense the perfume becomes and the longer the smell stays. Perfumes generally have essential oil concentration of around 30%. 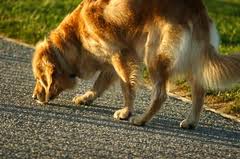 As, already mentioned that a scent of pleasant smell is also known as perfume, in this sense there is no difference between perfume and scent. The difference is the usage of the word ‘scent’, when it is used to refer a trail that can be characterized by a particular smell of an animal. Thus scent may also be used for an odour that is left by an animal, and this odour may be used for tracing.