Difference between Secular and Sectarian

Key difference: Secular means not concerned with or related to religion. A sectarian is a person who is narrowly confined or religiously devoted to a particular sect or group. 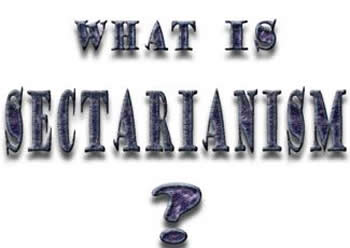 Sectarian tends to be defined as a person who is completely devoted to a particular sect, which is often religious. Sectarian believes in the idea that the particular sect to which he belongs is the right and proper one, and that others belonging to other sects, even if they’re still of the same religious group are completely wrong. Sectarianism is present throughout and it is mostly religious sectarianism that can often be found around the world in varying forms. When people believe that one sect is better than the other, or that one sect is right and the other is wrong, then sectarianism may take over and cause discrimination and violence among the people. It necessarily does not refer to sects of religions. It can also refer to sectors within a society or to those who believe in non-religious beliefs. For example, a group of atheists might be called as a sect. In politics, if a group is said to be practicing sectarianism, it means that they are prioritizing their differences and rivalries within their political group. 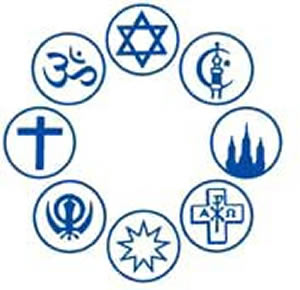 Secular means not concerned with or related to religion. A secular state is a concept wherein a state or country promotes to be officially neutral in the matters of religion. It does not include religion in its political systems. Any decisions taken by the government for the benefit of the people or the state is completely independent of religious influence. The government does not believe in forcing people to understand all the rules and teachings of religion. There is no establishment of religion in the state. All the citizens are treated as equals. It practices individual living, people are not judged based on their religion.

At times, Secular and Sectarian can be interrelated. Both terms can be used together to suggest a non-religious group or sector. A secular sectarian could be someone who does not believe in a particular religion and belongs to a sect of people who share these beliefs.

Comparison between Secular and Sectarian:

Surprised you would put up an editorial image of 'No to Sectarianism'. I can't figure out what your agenda is on this site now that I see that. There is nothing wrong with Sectarianism, and it doesn't mean they believe others are 'completely' wrong! What is wrong with you, you are actually what you describe. If Native Americans hold true to their beliefs, but agree people should not steal, how is that bad? Not all sectarianism leads to violence and discrimination. You are painting this too narrowly w/ your 'No to Sectarianism' button.

Hi, you are right. We did not intend to imply that we supported any singular point over another. Regardless of everything else, out only agenda is to provide the image as objectively as possible, which the image did not do. Hence, we apologize and we have removed the image and replaced it with something more neutral. Thank you for pointing it out.