Difference between Sheriff and Marshal

Key difference: The general difference between the Sheriff and Marshal is based on who employs them. Sheriffs are elected by the citizen and they maintain law and order in their county. The Marshals are government officials, who enforce law throughout the nation.

Marshal is a term used in several official titles in various branches of society. Lately, it has been used for elevated offices, such as in military rank and civilian law enforcement. 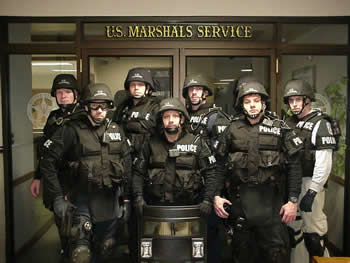 In many countries, the rank of the marshal is the highest army rank, outranking the other general officers. In United States, the Marshal Service is a U.S. federal law enforcement agency within the U.S. Department of Justice. The office of U.S. Marshal is the oldest American federal law enforcement office. Although, it is considered second to the U.S. Customs Service, as the custom service is the oldest federal agency. It was created by the Judiciary Act of 1789. It assumed its existing name in 1969.

The Marshals Service is part of the executive branch of government. It is the enforcement arm of the U.S. federal courts. The U.S. Marshals are responsible for the protection of the officers of the court, court buildings and the effective operation of the judiciary. The service also includes assisting court security, prisoner transports, serving arrest warrants, and seeking fugitives.

According to Wikipedia, the Marshals are responsible for capturing wanted fugitives, providing protection for the federal judiciary, protecting endangered federal witnesses, and managing assets seized from criminal enterprises. They also execute the lawful writs, processes, and orders issued under the authority of the United States. If necessary, they may command and provide the required assistance to execute the duties.

U.S. Marshals also may have the common law-based power to enlist any willing civilians as deputies. They cannot use troops for law enforcement duties while in uniform representing their unit, or the military service. However, if a serviceman or woman is off duty, wearing civilian clothing, and is willing to assist a law enforcement officer on their own behalf, it may be acceptable. Also, the Service authorizes the United States Marshals, deputy marshals and other such officials designated by the Director, in executing the laws of the United States within a state. It simply means that the marshals are required to exercise the same powers, which a sheriff may exercise in executing the laws. The U.S. Marshals are also responsible for carrying out evictions within the District of Columbia.

A sheriff is a legal officer with a responsibility for maintaining law and order in a county. However, in practice, the specific combination of legal, political and ceremonial duties of a sheriff varies greatly from country to country. 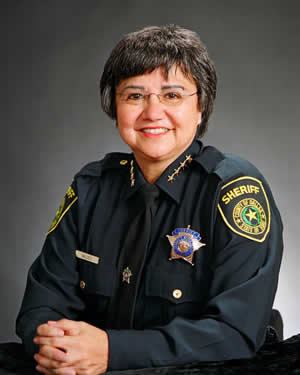 The concept of ‘sheriffs’ was adopted by the United States, which became a part of their law enforcement program. It comes from an Old English concept, as it was referred to a royal official who was responsible for keeping peace throughout the county on behalf of the king. Many countries in England had sheriffs, who were required to do rounds for the king. The word ‘sheriff’ is derived from the term "shire reeve". The office of a sheriff is called as ‘Shrievalty’.

In countries like Ireland, Australia, and Canada, the sheriffs are considered as legal administrative officers, who are considered similar to bailiffs; their duties are expanded or reduced regarding certain provinces in a country. Sheriffs have different responsibilities in different countries, which are required according to the given law program of a country. In Scotland, sheriffs are considered as court judges. They conduct sessions in court regarding trails, bails, etc. and place judgment on the cases. There is a ceremonial position for sheriffs in countries like England, Wales and India.

The sheriff is most often considered as a county official, who serves as the arm of the county court. He is generally considered to be the highest law enforcement officer of a county. In most cases, a sheriff is elected by the citizens of the county. The office of the sheriff is called as ‘marshal’. In the United States, the scope of a sheriff varies with the states and counties. In the City of Virginia, people have a sheriff's office that serves as the arm of the city court and jail. The sheriffs perform court duties, which may include functions such as administering the county or city jail, providing courtroom security and prisoner transportation, serving warrants and serving process. In urban areas, a sheriff may be restricted to perform such duties. Many sheriffs and their deputies may be considered or serve only as the principal police force.

Comparison between Sheriff and Marshall: