Difference between Hulu and Netflix

t trend in the television broadcasting industry is to watch television by using the internet medium on various devices such as Internet-connected television, Blu-ray players, Set-top boxes, Gaming console, Mobile phones and Tablets. The information about device compatibility is updated from time to time, hence, firstly it is important to check with the available devices in terms of your convenience and affordability. Secondly, you can compare your choice of devices with the devices made available to the user by Hulu/Netflix. 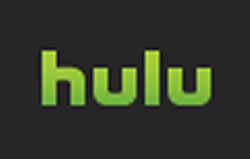 Hulu and Netflix are two such service providers that allow the user to view television ‘on-demand’, anywhere, and everywhere with the aid of the above mentioned devices. Another advantage is that the consumer pays less subscription money to watch selective television channels rather than paying more money to the cable company and viewing a whole package of television channels.

The detailed comparison between both service providers – ‘Hulu & Netflix’ is mentioned below.

In addition to the distinctions mentioned in the table there is one more critical difference that Hulu offers its users. This is Hulu’s business promotion advantage unlike Netflix. Netflix does not have these added features that give the users a business advertisement advantage and hence Netflix is more suitable for personal use with the intention of just getting the daily entertainment. Contrary to this, Hulu can be used by both business and personal category of users.

Let us take a look at the business promotion advantages offered by Hulu:

I've had them all Sling, Hulu, Netflix and even Comcast stream...Sling claims you can customize your channels and only select the ones you want to watch. It's all a lie you select from a package and to see the ONE channel you want to watch once again you have to pay for channels you don't want to support. Hulu and Netflix never update their selections. Tv shows are at least 6 years older than what is current. Netflix does have original content for whom I don't know not anyone or anything I would watch...Comcast stream is free so who can complain. That being said there is no such thing as good television anymore. It's better you find a different hobby.

Netflix is higher than $7.99/mo...more like $10.99 to get the new 4K capability. They have the same movies...and rarely update or add new ones. I'm thinking of trying Hulu...I'd prefer less of a choice, but more recent selections.

Great descriptions, thanks! It would better if they both told in detail what was available.