Difference between Skydiving and Free Falling

Key difference: Skydiving is the action of performing acrobatics during a freefall, followed by the deployment of a parachute; whereas, the Free Falling involves any motion of a body where gravity is the only dominant force.

Andre Jacques Garnerin initiated the Skydiving activity in the early 1797. He jumped from a hot air balloon with a parachute and initiated the art of modern skydiving. Skydiving is also practiced as a sport in the fields of military. 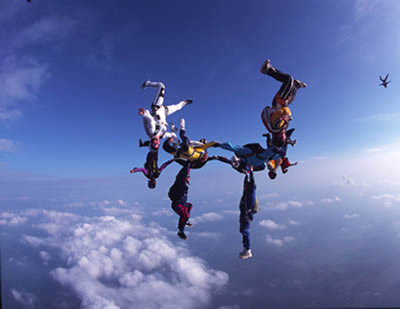 Skydiving is one of the most terrifying and exhilarating type of sports. It is a sport in which the participants jump or fall from the aircrafts at the desired higher altitudes. People having different levels of physical fitness participate in skydiving. The skydivers perform an assortment of aerial maneuvers and stunt-like acrobatics before deploying a parachute. The parachute slows the descent and allows them to land gently on the earth. The skydivers have to regularly check their gear to ensure its good shape. Sometimes they also carry a backup parachute, which deploys automatically, when the skydiver reaches a certain altitude. Hence, both, the primary and backup parachutes can be controlled with the help of steering lines, allowing the skydiver to control their descent.

Many companies around the world offer the opportunities for skydiving. It is generally performed in two ways, individually and in groups. The skydiving is distributed in two components, which involves the actual freefall and the canopy flight phase. The actual free fall can be of long or short duration, which ends when a pilot chute deploys and pulls the parachute out from the container. Once the parachute is pulled out, the freefall finishes and the canopy flight phase begins, which ends with the landing.

Free falling is the ideal falling motion of a body that is subjected only to the earth's gravitational field. A freefall implies only the act of gravitational force on the falling body. 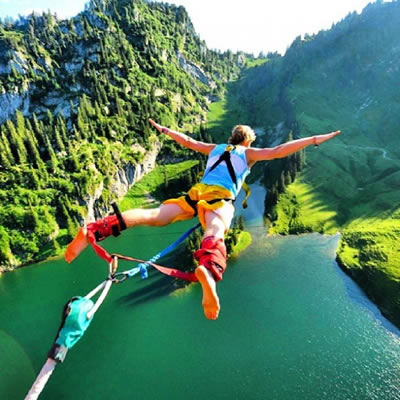 The free falling involves a fall from a higher altitude towards the ground, in which the gravitational pull plays an important role. It is considered as a type of adventure which is practiced by the practitioners. At the first attempt, the free falling is practiced with the help of a guide, who guides the learner to take a proper flight. The freefall is considered as the first prior step in the activities like skydiving. A free fall can be done from any place situated at the higher altitude, which can be a huge tower, a mountain cliff, the peak of a hill, from an aircraft and many more. When a person performs the freefalling, he/she is supposed to leave his body entirely free during the fall; correspondingly the body is acted upon by the gravitational force and falls freely towards the ground.

The concept of Accelerated freefall (AFF) arises mainly from the basic freefalling. AFF is one of the methods in the training for skydiving. It is called as "accelerated" because the progression here is experienced quickly. Normally, the solo freefall is from 10,000 to 15,000 feet "Above Ground Level" (AGL). In static line progression, more jumps are required to experience the freefall, but the jumps are less expensive for the student as one instructor can dispatch multiple students per load and students are initially dispatched from lower altitudes. Under the accelerated freefall, one or sometimes two instructors are also dedicated to just one student. The AFF are supposed to follow the strict licensing rules for the freefall activities.

Comparison between the Skydiving and Freefalling: