Difference between Smartwatch and Smart Bracelet

Key Difference: Smartwatches are complimentary products that connect the watch with the phone and allow the person to control certain phone’s features directly on the watch. Smart bracelets include smartwatches and smart wristbands, but are more in bracelet form, rather than a watch. 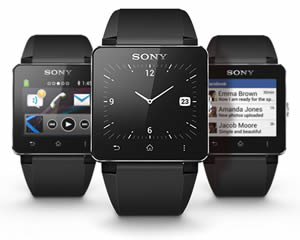 Technology has progressed to the point where people can now do everything on the go, including checking their e-mails, making presentations, video conversations, etc. These include programming their computer to do something from their phone. While, smartphones have made the world a much easier place, there are now devices that are trying to make working a smartphone more easier.

Attending a meeting and suddenly the phone starts buzzing in your pocket. It is an emergency, but you cannot just pull it out and see who is calling. In a crowded train, want to change the song but cannot reach into your pocket to grab your phone? Well, these are what smart wearables are made for.

Smart wearables are smart gadgets that can be worn on the wrist and it is supposed to make your life easier. The current market has three smart wearables: smartwatches, smart bracelets and smart wristbands. Smart wristbands were launched first and they were fitness monitors that could be worn on the wrist. These included pedometers, heart rate systems, gravity sensors and so on. These were for the fitness enthusiasts that did not want to bulk of a phone on them when they went running. 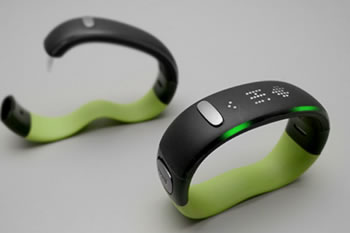 Following this were smartwatches; they incorporated the fitness sensors with cellphone connectivity. Now, these little devices could be connected to the phones and also offered additional functions such as viewing incoming messages, answer or dismiss phone calls, send messages, rewind and forward songs and even check e-mails. These are basically mini smartphones that can perform much of the functions of a smartphone. With Apple now introducing its Apple Watch, the competition in this market has increased significantly.

Smart bracelets incorporate both smart wristbands and smartwatches. The only difference is it is more in the form of bracelet rather than a watch or a band. It also supports an screen, various fitness sensors and the ability to connect to the phone. The term smart bracelet was recently reintroduced with the Opening Ceremony and Intel’s MICA Smart Bracelet, which included having designers create fashionable smart wearable technology. The bracelet looks like a normal piece of jewelry.

According to many industry experts, these devices are just the beginning in the vast market of smart wearables.