Nowadays there are varieties of oils and their types available in the grocery and markets, out of which the more flourishing are the sunflower and olive oils. Sunflower oil is more common in usages in day to day life as compared to that of the olive oil. Both, the oils have importance according to their contents and components. 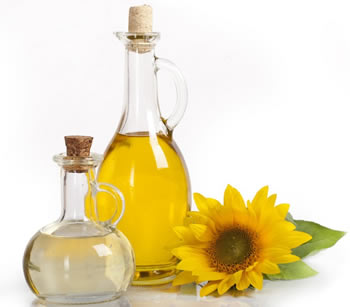 Sunflower oil is obtained by extracting oil from the sunflower seeds. It is a type of non-volatile oil which is usually used in varieties of cooking techniques like frying, roasting and deep frying. Along with cooking applications, this oil also has numerous advantages over the skin, and hence it is used in cosmetic formulations as an emollient. The oil was first produced industrially in the Russian Empire in 1835. It is a monounsaturated (MUFA)/polyunsaturated (PUFA) mixture of mostly oleic acid (omega-9)-linoleic acid (omega-6) group of oils. The oil also contains a considerable amount of vitamin E, sterols, squalene, and other aliphatic hydrocarbons, terpene and methyl ketones (chiefly methyl nonyl ketone). Also, it is known to be one among the most commonly used oils in cooking.

Olive oil is a fat produced from the olive seeds. The olive tree crops traditionally belonged to the Mediterranean Basin. Olive oils are known for their health effects and advice in the food science; they are used in cooking and are advised by dieticians in the health tips. They are applicable in cooking, cosmetics, pharmaceuticals, and soaps and as fuel for traditional oil lamps. There are of variety of forms and types that differ according to the olive and its nature, each with a particular flavor and texture. Olive oils are categorized according to their grades, they are: Virgin: means the oil was produced by the use of mechanical means only, with no chemical treatment. Lampante oil: olive oil extracted by virgin (mechanical) methods but not suitable as food; lampante is Italian for "lamp". Refined oil: means the oil has been chemically treated to neutralize strong tastes (characterized as defects) and neutralize the acid content (free fatty acids). 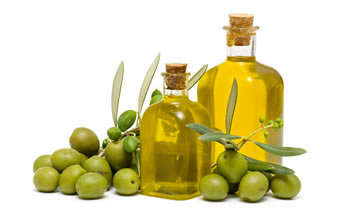 Both, sunflower and olive oil have basic similarities, i.e. they are used in skin and cardiovascular treatments. Olive oil contains less fat as compared to that of the sunflower oil; hence it is more preferred by the health conscious people. While, sunflower oil boasts high vitamin E content, Olive Oil, on the other hand, is rich in chlorophyll, carotenoids and vitamin E contents. They are composed of different types and are categorized accordingly; hence they are advised by the physicians and dieticians according to the type of health problems an individual deals with.