Difference between Sunglasses and Cooling Sunglasses

Key Difference: Sunglasses are used as eyewear for the protection of the eyes from the bright light and harmful rays of sun. ‘Cooling sunglasses’ are also used to refer sunglasses, and this term is widely used in southern parts of India.

We all must be familiar with the term sunglasses, but the term cooling sunglasses seems to be referring to some other thing, something that is related to a cooling system. However, this is not the case. Diversity in a language may be due to several reasons. English is a very popular language and is used world wide. Though English is not the first language of Indians but still it is very popular in India. People of south India have coined a new term to refer sunglasses as ‘cooling glasses’. 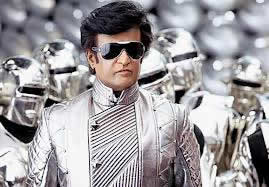 They specifically use this term to refer the dark glasses or shades. South Indians have two reasons to refer the sunglasses as cooling glasses. The first reason seems to be obvious; the sunglasses block the harmful rays of sun from reaching to the eyes, and thus generate a cooling impact on the eyes.

Secondly, the look with these shades or dark glass seems to be very cool or we can say stylish. Sunglasses or cooling glasses are also adored by south Indians as their favorite movie star known as Rajnikant often wear these shades in his movies. The fans of Rajnikant’s movies want to follow all the trends and styles associated with their beloved hero.

Sunglasses are preferred by everyone, they protect our precious eyes form the harmful rays of sun and are also considered to be trend setters. Sunglasses have been very popular because of their versatile designs. There are numerous designs, numerous colors of lens and even some crazy designs, but in nutshell they are something that one must definitely have in his or her personal collection. These sunglasses are also used to enhance the style, apart from being used as an eye protection gadget.

Ultra violet rays emitted by the sun are not good for the eyes and thus eyes need to be protected from these rays. Thus, sunglasses provide the protection from these dangerous rays. These rays can also damage vision by clouding eye lens and burning through the delicate film and cells of our retina. Sunglasses have been devised to protect the eyes from the ultra violet rays.  The intense lights can be blocked from reaching to the eyes. It is believed that good sunglasses can block light entering the eyes by as much as 97 percent.

Sunglasses can be polarized or non-polarized. Polarized lenses contain a special filter that helps in reducing the glares and thus improve the comfort and visibility. The light that is reflected back from the flat surface is horizontally polarized and the lens of glares are vertically polarized and thus they are able to block the glare.

Thus, we can conclude by saying that there is no difference between the sunglasses and the cooling glasses. ‘Cooling glasses’ is generally used by South Indians to refer to sunglasses, and now the usage of this term is also spreading in some other regions.

Love to read it,Waiting For More new Update and I Already Read your Recent Post its Great Thanks.