Difference between TOEFL and IELTS

Key difference: IELTS and TOEFL are international language tests that are used to assess the proficiency of candidates in English. The key difference between the two tests is based on the vocabulary and accents of the students wherein IELTS is a British\ Australian Exam and the TOEFL is an American Exam.

TOEFL and IELTS are two main language tests that are mainly designed to test a student’s profanity in the English language, especially their ability to communicate effectively in a classroom and to fit in a predominant English speaking culture. Also, it is usually a requirement for students from countries, where English is not the primary language. Hence, it is a way for universities and colleges to check a student’s compatibility with English. Although, both these tests are similar in their ambition and focus, they widely differ in their approach and testing criteria.

The term ‘TOEFL’ stands for Test of English as a Foreign Language. It is the most popular and recognized test that are taken by nonnative students of English. It is generally required by most US institutions. It measures the student's ability to write, read, and communicate in English under the college and university settings. After the exam, the result of the test is then used by colleges, universities and scholarship agencies to access students for accepting to a university.

TOEFL can be usually given on a paper based test, or a computer based test or directly through the internet. Though, currently, there are only paper based and internet based (iBT) options available. These sections consist of reading, listening, speaking and writing sections that are required to test a student. 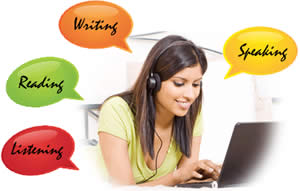 On the other hand, the term ‘IELTS’ stands for International English Language Testing Service. Similar to TOEFL, IELTS is too designed for nonnative speakers of English. Also, it is used to measure a student’s ability to communicate in English though the same listening, reading, writing and speaking skills. It can also be given by people who are in foreign countries under work visa. Though, IELTS is required by higher education institutions and various programs in UK, Australia, Canada and New Zealand.

Thus, from the above definition, it is pretty clear that international students can opt for either TOEFL or IELTS. But, then again, both these exams have their differences, which can be read in the table below. So, which exam is considered the best? The answer depends on where the student wants to go and which exam pattern he or she is comfortable with. TOEFL may tend to favor more abstract learners as many of the questions are multiple choices whereas IELTS may be more suited to concrete learners as it involves memory recall. Also, one should make sure which test does the company or university, she or he is applying too, prefer.

Comparison between TOEFL and IELTS:

The article gives basic information; thus, it is useless.