Difference between Tradition and Culture

Key Difference: Tradition is the passing of beliefs or behaviors from one generation to the next generation, whereas culture reflects the characteristics that describe a society at a particular time; and the culture is mostly associated with the art forms.

Wikipedia defines tradition as “Tradition is a belief or behavior passed down within a group or society with symbolic meaning or special significance with origins in the past”. The word "tradition" has been derived from the Latin word ‘tradere’ or ‘traderer’, meaning to transmit or to hand-over. As in tradition we are talking about passing of belief or behavior to the next generation; it is clear from this statement that this is to retain these beliefs and behaviors in some or the other form. It reminds of the past as the tradition is related to the things in past and thus the current generation gets the chance to re-connect with the beliefs of the past. Traditions do not remain same forever, they may change or the better term to use in this context is that they evolve. 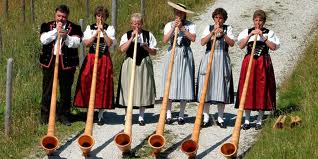 The word was originally used in Roman law to refer to the concept of inheritance or legal transfers. Later, the meaning of the word evolved but kept the basic attribute of passing on from one to the other. Traditions have a long history, even when they were not written. These traditions were saved orally; sometimes in the form of poems.

Traditions include a range of beliefs and behavior. National Anthems and national holidays also are a part of tradition. The tradition can be as simple as saying “thank you”, if it has been passed from the earlier generation to the next. Tradition word is used in connection with various disciplines or fields to indicate the relation of these things with the past. For example, traditional dance has its root in the past. In context to social sciences, modernity is seen as a contrast to the traditions. According to social sciences, the modernization is changing the models of society and thus the traditions are not able to hold importance. In many countries, several steps are taken in order to preserve the traditions. For example, Africa and the Andean Community, have introduced regional laws to protect traditional knowledge and genetic resources.

Wikipedia defines culture as “The arts and other manifestations of human intellectual achievement regarded collectively”. The word culture has been derived from Latin word ‘cultura’, meaning cultivation.  In 18th or 19th century, the word culture was used in Europe to refer a process of cultivation or improvement. Later in the 19th century, the term evolved and started being used for referring betterment or refinement of the society and, then to fulfillment of national ideals or aspirations. In 20th century, it finally emerged as an important concept in anthropology describing the human related phenomena that cannot be considered genetically inherited. It is an attribute referring to members of groups. Culture is always transmitted by the society not by an individual. 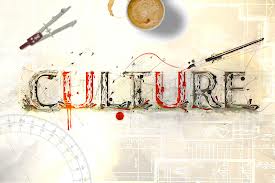 The definition may seem very difficult to understand but the meaning of culture is not that difficult. As in the definition, we are referring to arts and other manifestations of human intellectual achievement; we are talking about the creative side of human nature. When we are referring to a country’s culture, we will be referring to the reflection of country on its various art forms. Now, the art is a vast subject, it may define the dance, music and food related to the country.  Culture can be used to define the food that is eaten, how that food is prepared, etc. in general context to a particular society. Culture helps in sharing knowledge by a relatively large group of people. Culture also indicates the art and manners that are favoured by a group. It is basically the sharing of values and knowledge by a society. When a major portion of the society adopts the knowledge and carries out the activities accordingly, it is considered to be a part of the culture.

The most important thing to differentiate between them is to consider that, if the beliefs and behaviors have been forwarded from the previous generation to the next  generation, then it is considered a tradition otherwise not, whereas culture reflects the beliefs, governments, and ways of life that makes a community distinct from the other. It is important to note that the word ‘traditional culture’ is used to describe the culture that has retained the traditional values. Culture can be traditional or modern. A modern culture is just opposite to traditional. It does not focus much on the values and beliefs of earlier generations whereas, it deals with the modern thought process.

I am very excited, thanks for friendly information From Uzbekistan

Thank you for this clearification

Thank you for explaining it more better, me and my friends had argued these issued of difference between tradition and culture, thanks a lots.

Thank you for these facts! They are really good and they are clearly stated! These can be very helpful.

Thanks for the information,

thanks for the explanation

thank you very much for explaining it in so simple words for better understandings .....you rocks...keep it up...

Indeed this distinction has given me a clear cut between these two terms, but alot will be laid to bare if concrete examples were added...thanks

Thanks for the help

This is a very concise explanation of the difference between tradition and culture yet also gives a clear understanding of the two. The two are distinct yet has an influence on each other.

At the end of my study it is my hope that I will be able to clearly pen the answers to these questions and more.

This post really gave me a starting point in my study.