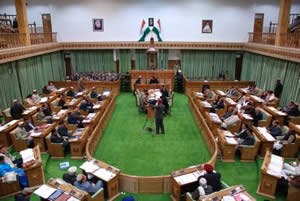 In order to understand the difference between the terms ‘Vidhan Sabha’ and ‘Vidhan Parishad’, it is important to understand the layout of the government system in India. The layout of the government is confusing for many people as there are many levels to the government that are responsible for different activities. Another reason for confusion is that India is not a simple democratic country or a republican country; it is a "sovereign socialist secular democratic republic". This means that is works in the frame work of a federal Westminster-style Parliamentary democratic constitutional republic. The frame work is a big complicated as it ensures it has multiple levels of different departments in the government, including Lok Sabha, Rajya Sabha, Vidhan Sabha and Vidhan Parishad.

The Lok Sabha or the House of the People is the lower house of the Parliament whose members are elected by citizens of India. The Rajya Sabha or the Council of states is the upper house of the Parliament whose members are selected by the President and the state and territorial legislatures. The Lok Sabha is considered to be much powerful than the Rajya Sabha, which shares many powers with the former. The powers of Lok Sabha include: Motion of no-confidence against the government, introduction of bills, pass bills (non-financial), shares powers with Rajya Sabha for impeachment of the president and judges. The Lok Sabha also cannot be dissolved in case of a National Emergency, during which the Rajya Sabha can be dissolved.

The Rajya Sabha and the Lok Sabha is at the national level. Now, the same distinctions follow in the state level. These states are known to have a bicameral legislature. Bicameralism is the feature of a Mixed Government. Bicameral legislatures require a concurrent majority to pass legislation. The six of the twenty-four states in India have divided jurisdiction between two similar levels: the Vidhan Sabha and the Vidhan Parishad.

The Vidhan Sabha or Legislative Assembly is the lower house in the six states that have a bicameral legislature or the sole house in the rest of the unicameral states. The members of this house are the direct representatives of the people of the particular state and are also elected by the adult citizens of that particular state. Members are limited to not more than 500 and not less than 60 (though this is disputed in some small states such as Goa). Each Vidhan Sabha runs for a five-year term, after which all seats are up for election. During a State of Emergency, the term can be extended or dissolved. The members of the Viban Sabha are known as MLA (Member of Legislative Assembly). The MLAs are directly elected by the public through an election. The Vidhan Sabha has special powers including a motion of no confidence against the government in the state, introducing money bills and it has a higher hand in passing ordinary bills in the state. In order to become a member of the Vidhan Sabha, a person must have certain qualifications: the person must be a citizen of India, should be 25 years old or above, should be mentally sound, should not have declared bankruptcy, should not have a criminal procedure pending against him/her. 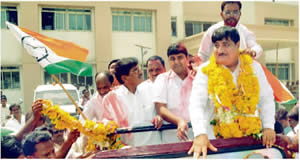 The members of the Vidhan Parishad are elected by members of the government, including the President. The MLC running for the post much be at least 30 years old, mentally sound, not bankrupt and on the voter’s list of the state for which he/she are running. Wikipedia states the manner in which they are chosen:

The description is immensely helpful.. Thanks for the query solution...

Meaningful for me , write more for us a big thanks to you

Nicely presented and easy to understood... Thanks

Hi Lakshaya, it means the latter, that the Rajya Sabha Can be dissolved during a National Emergency, but the Lok Sabha cannot be. However, we have rephrased the sentence for better clarification.

Nice paragraphs and easily understood thanks

nicely presented and easy to understand.