Difference between Vision and Dream

Key Difference: ‘Vision’ means the ability to see, or plan something for the future. It is an image that you want to create. ‘Dream’ is a state of being completely occupied by one’s own thought. It is also the thoughts and pictures in the mind that come mostly during sleep.

Vision and dream are prophetic. Though they have a power of foretelling the future, both the terms are different. Vision is entirely a different aspect of perception but it not our thought, it is foresight and has a long view. While on the other hand, dream is something perfect or very beautiful. It is like seeing visions and pictures in the mind. 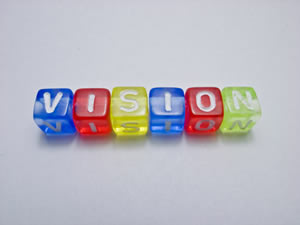 Vision is always a future-oriented program. It is an image that you want to create. It is not about an individual’s image, it is about what they want to become. Vision should be greater than goal and to have a vision, one has to visualize and imagine a lot of things.

The Greek word /horama/ means to supernaturally gaze at an object externally or have an inspired appearance internally. Each vision usually has its own purpose, but one general purpose is that it inspires the beholder.

Dreams are the number of images, ideas, sensations and emotions following one after another into the mind while asleep or during sleep. It is an unconscious stage. Dreams are of various categories like exciting, frightening, magical, adventurous, sad or sexual. The dreamer is never in control of his dream, as he is unconscious; his mind goes in some unique world. As the nature of the dreams vary, they sometimes affect individual’s personality either in a good or a bad way. Dreams can inspire and create new thoughts in the mind. 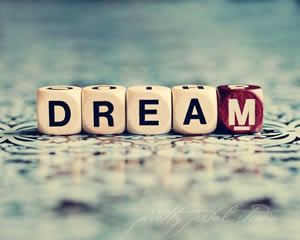 Some people say they never dream, but it’s not true, functions of dreams vary as per individual and purpose; everyone dreams every night

Visions are far different from dreams, although sometimes there may be a fine line between them. Only very intuitive people can experience vision. The main difference between dreams and visions is that the person seeing vision is completely aware about their thoughts, but the dreams can be predictive and the person is not awake. Visions are beautiful and easily broken and are very hard to satisfy when the thoughts are being silently shattered into millions of tiny sparkling pieces. Though the same happens with the dreams, it doesn’t hurt one’s feeling because that thought or imagination has come unconsciously to his mind and can be fulfilled by planning over it.