Web has influenced our lives in a great way. The introduction of web and its current form has seen various phases. Broadly, these phases have been categorized into three groups namely Web 1.0, 2.0 and 3.0.

Web 1.0 can be associated with the era of static websites. During this phase static websites were created and used in order to display some information. These websites had no or little interaction capabilities. It was used for representation of static content and thus added a lot of professionalism in the work of writers, authors, etc. A publisher could use web for displaying the information, and the user can easily get access to this information by visiting the publisher’s website. Thus, this stage is also known as the early stage of the evolution of web. During this period, only text mails could be written and sent. One could not upload or attach any images or pictures. 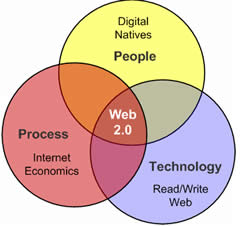 The second stage of evolution of web can be termed as Web 2.0. According to Wikipedia, this phrase has been coined by O’Reilly Media in 2004. During this stage, websites grew in terms of interaction capabilities. One can also relate this phase with websites like YouTube and Blogger. This phase is particularly related with the social networking concepts. Berner Lee has also described it as a “read write” web. The terms like Blogs, social-media and video streaming gained momentum during Web 2.0. This period is also credited for easy exchange of music and video clips. Search engine browsers also entered into an advanced form and became capable of managing a large number of users at the same time. 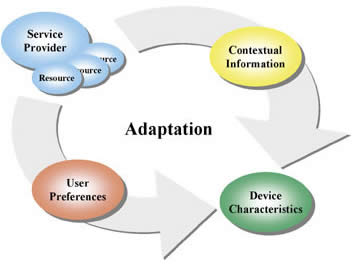 In the context to Tim Berner-Lee’s explanation, Web 3.0 can be described as a “read- write-execute” web. Wikipedia mentions that this phrase was coined by Join Markoff of the New York Times in 2006. The two key terms associated with this phase are semantic markup and web services. Semantic mark up helps in describing an item apart from defining its appearance. It helps in searching the other matched items on the basis of similar attributes. The use of semantics focuses on easy searching than Web 2.0. One can now just enter a keyword in google search, and it smartly suggests the related words.

It is important to mention that people have different opinions about the definitions of these Web eras, and therefore one may find a few discrepancies in views regarding them. Still, they refer to three different generations of the Web. Each generation can be asociated with some basic features and characteristics.