Difference between Whiskey and Rye Whiskey

Key Difference: Whiskey or whisky is a type of distilled alcoholic beverage made from any form of fermented grain mash. Depending on the geographical region or type of whiskey that is being made, whiskey can be made from barley, malted barley, rye, malted rye, wheat, and corn. Rye whiskey is a type of whiskey that can be used to refer to one of two things. The first one is American Rye Whiskey, which is made from rye and Canadian Whiskey, which may or may not include rye in production.

Whiskey is one of the most popular drinks that are available in the market. They are available in many different types and flavors.  Rye Whiskey is a type of whiskey that is made using rye and has a distinct flavor compared to the whiskey made from barley, corn or a combination of both. To many alcohol enthusiasts, these two drinks could belong to the opposite ends of a spectrum in terms of taste. Hence, these drinks should not be confused as the same. 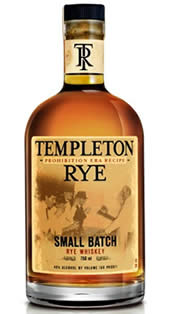 Rye whiskey is a type of whiskey that can be used to refer to one of two things. The first one is American Rye Whiskey, which is made from rye and Canadian Whiskey, which may or may not include rye in production. These two are different from each other in content and taste. Rye is a grass that is commonly used as a grain and a forage crop. Rye grain is used for flour, rye bread, rye beer, some whiskeys, some vodkas, and animal fodder. Rye is described to impart a spicy and fruity flavor to the whiskey. Originally, rye was the most common whiskey that was available in the northeastern states, but largely disappeared after the Prohibition. It has recently started gaining popularity again.

The American Rye Whiskey, by law, is required to be distilled from a mash of at least 51% rye. The other ingredients are usually corn and malted barley. The drink must be distilled to no more than 160 proof and above 80% ABV. Similar to other whiskeys, the drink must then be aged in charred, new oak barrels before they can be sold. Rye Whiskey that has been aged for more than two years can also be labeled as ‘straight rye whiskey’.

Canadian whiskey was originally referred to as rye whiskey because it used to be made primarily from rye. However, there are no strict guidelines stating how much rye must be used in the whiskey to label them rye whiskey. Hence, according to the Canadian Food and Drug Regulations these whiskeys can be labeled as ‘rye’ provided they "possess the aroma, taste and character generally attributed to Canadian whisky.” In some cases, the ratio of corn-to-rye that is used in whiskey production could be 9:1. Alberta Premium is one of the few exceptions to this and produces whiskey made from 100% rye mash. The Canadian whiskey must be aged for a minimum of 3 years in small 700 liter wooden (new or charred, either is fine) barrels for them to be able to use the ‘Canadian Whisky’, ‘Canadian Rye Whisky’ and ‘Rye Whisky’ labels.