Difference between Windows 7 Enterprise and Ultimate

Key Difference: Windows 7 Enterprise is one of the highest versions of the Windows 7 operating system offered by Windows. The system offers all of the features that are available with the operating software. However, this system if offered only through volume licensing to companies that have a Software Assurance contract with Microsoft. Windows 7 Ultimate version shares the same features as the Windows 7 Enterprise; however, it is available for home users on an individual license basis. 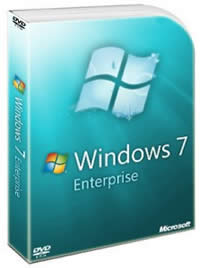 Windows 7 Enterprise and Ultimate are two versions of the Windows 7 operating system by Microsoft. The different versions are often confusing for many people as they each have very small variations. Each version is divided in terms of features that are offered and the price of the edition. As the price of the edition increases, the more features are offered on it. Enterprise and Ultimate are often confusing for many because there is only one difference between the two. While enterprise offers all the features it is only available for companies that have tied up with Microsoft, while Ultimate also offers all the features that are available on Enterprise, but this edition is for home owners.

Windows 7 Enterprise is one of the most expensive versions of Windows 7 and this is because it offers a bunch of extra features that are not available on many of the other versions. The edition offers all features that are available with the Windows 7 Professional and adds an extra few features such as Multilingual User Interface (MUI) packages, BitLocker Drive Encryption, and UNIX application support. However, there is a catch; this edition is not available on the retail market and is only available thorough Microsoft’s Microsoft Software Assurance (SA). This means that this edition is only available to the companies (not people) that have tied up with Microsoft’s SA. It is also only sold through volume licensing. As it is part of Microsoft’s SA system, it offers several only SA benefits such as: a license allowing the operating of diskless nodes (diskless PCs) and activation via Volume License key (VLK). 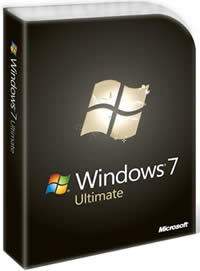 Windows 7 Ultimate is one of the highest versions of the system offered by Microsoft. This version shares the same features as the Windows 7 Enterprise; however, it is available for home users on an individual license basis. This is the most expensive variant of Windows 7 and is offers all the features of the other versions and much more.  The Ultimate version was created for users that wanted every type of upgrade available in their computers, along with for those that require high-end security features for their home systems. There are only a few features in Windows 7 Ultimate that could be proven useful for individuals, while others are better suited for IT Professionals. Additional features include: BitLocker Drive Encryption, 35 different languages to choose from, AppLocker (allows blocking of certain software from running on the comp), BranchCache, Direct boot from VHD, Virtual Desktop Infrastructure, DirectAccess, etc. These features are more beneficial to corporate companies that require more system protection.

This checklist is adapted from the diagrams provided by Microsoft to Neowin.net.

I know, Windows 7 is the best OS ever, Where nobody face any issue being used it as a professional activated version with full features.

THANK YOU FOR THIS Enlightenment, WHICH HELP ME TO HAVE A PREFERENCE WHICH ONE IS APPROPRIATE FOR MY PC AT HOME.