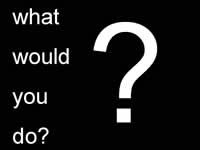 Both, would and might are types of modal verbs in the English language. Modal verbs are a small class of auxiliary verbs used mostly to express modality. Modality is basically a possibility or an obligation. Other modal verbs include can, could, may, must, shall, should, and will.

According to Dictionary.com, the term ‘would’ is described as:

Essentially, the difference between would and might is in the manner that they are used, as they give a different impression of things. Consider these sentences:

Further examples of ‘would’: