Key Difference:  RAM stands for Random Access Memory. It refers to a common type of computer memory which can be accessed randomly. It is mainly of two types – Static RAM and Dynamic RAM.

RAM stands for Random Access Memory. It is a type of computer data storage which is also known as the working memory of the computer.  Memory in computers assists in storing a large amount of data. RAM provides temporary storage in a computer system. The nature of most RAMs is volatile, which means that it only retains memory until the power is attached. It is known as Random memory as the memory cells can be accessed from or to any locations, and the access to these memory cells takes the same time without taking any account of the exact location.

RAMS are generally classified into SRAM and DRAM. 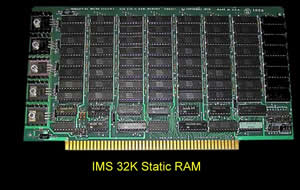 SRAM – It stands for Static Random Access Memory. Flip flops are used for retaining memory by SRAM. Four to six transistors are used by flip flops for a memory cell. This memory can story information till the power supply is on. This memory is faster than DRAM and is expensive.  These are mainly used in processor’s cache memory .It does not require refreshing, as it is quiet faster in comparison to some other types. 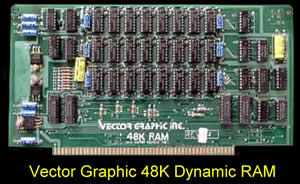 DRAM – It stands for Dynamic Random Access Memory. It makes use of a transistor and a capacitor to form a memory cell standing for a single bit of data.  They are not able to retain information for a longer time even if the power supply is on throughout. Therefore, it needs refreshing dynamically, and therefore is known as the dynamic type of memory. This is the most common type of computer memory.  It provides more memory per chip due to lesser number of components in comparison to SRAM. It is slower and less expensive than SRAM. This type of memory is primarily used for creating a large system RAM space.

Apart from SRAM and DRAM, some other types of RAM are – 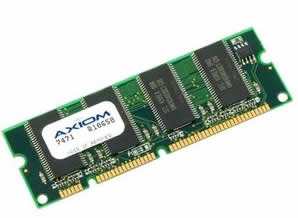 FPM DRAM – It stands for Fast Page Mode Dynamic Random Access Memory.  This memory is little faster in comparison to conventional DRAM. The access time is improved for this memory as it sends row address only once for accessing the neighboring locations in memory.  Despite of its name, it is still one of the slowest Rams used today. This memory is not considered good for high speed memory buses over 66 MHz.

EDO DRAM – It stands for Extended Data Output Dynamic Random Access Memory. It can be seen as an improved version of FPM, as it can retain data valid for a longer period than FPM. Due to this feature, it is known as the extended out. It started replacing FPM DRAM in 1993. It stores 265 bytes of data information into laches and these latches hold next same amount of information. This arrangement makes it possible for programs to be executed sequentially without any delay. 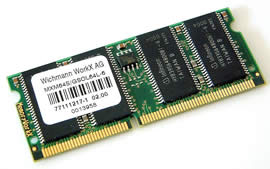 SDRAM – It stands for Synchronous Dynamic Random access memory. The word synchronized refers to its synchronization feature with the system bus. It requires a startup sequence just like DRAM, however signal generation is not that difficult in this as in DRAM. It is twice as faster as EDO DRAM. One of the major disadvantages of using SDRAM is that it works in Single Data Rate which allows it to carry out only a single task per clock cycle. Due to this disadvantage of SDRAM, Double Data Rate SDRAM was introduced later. 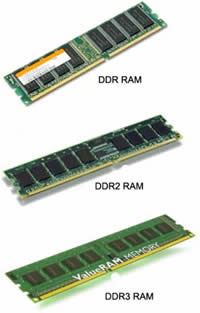 DDR SDRAM – It stands for Double Data Rate. SDRAM were introduced in order to give an alternative to Single Data Rate SDRAM. It provides better speed than SDRAM and that too by consuming a lesser amount of energy. The transfer rate of data became just doubles as it is capable of sending data on both edges of the clock. These memories are labeled with names like PCXXXX where XXXX depicts the speed in Mo/sec.

DDR2 SDRAM – In 2003, DDR2 SDRAM emerged. It stands for Double Data Rate type 2 SSDRAM. It also doubled the speed of DDR SDRAM belonging to the first generation. The standards for DDR2 vary from 4oo to 800 or even higher. It performance is better than DDR as its input/output buffer frequency is doubled. These chips may also appear different than DDR ones as most DDR chips use TSOP-II form factor, whereas DDR2 uses FBGA form factor.

DDR3 SDRAM – It stands for Double Data Rate Type 3 Synchronized Dynamic Random Access Memory.  This memory was introduced in 2007. It is also considered to be an improved version of DDE2 types as it also doubles the speed of DDR2, again with lesser power consumption. It is the one which is prevailing in the market currently. However, soon can to be replaced by the DDR4. Its transfer rates ranges from 800 to 1600 Mbps.

DDR4 SDRAM – It stands for Double Data Rate Type 4 Synchronous Dynamic Random Access Memory. This RAM is a higher speed successor to the technology used by DDR3. This is the latest variant in this field.  This provides better system level reliability, capacity, performance scalability and power efficiency in comparison to the previous DDR 3 ones. As the technology is new, it must keep few points in mind like it must work for reducing the changes that hinder design migration.

Apart from these RAMs there are some other RAMs like – NVRAM which stands for Non-volatile random access memory. This memory is different from other RAMs as it retains the information even if power is turned off. This feature makes it different from SRAMs and DRAMs. Another non-volatile memory is ferroelectric RAM. It does not require a separate battery like NVRAM.