Summary: In order to protect oneself from Ebola, one should take precaution and regularly wash their hands with soap. One should also take care to avoid contact with someone who appears to exhibit Ebola’s symptoms. 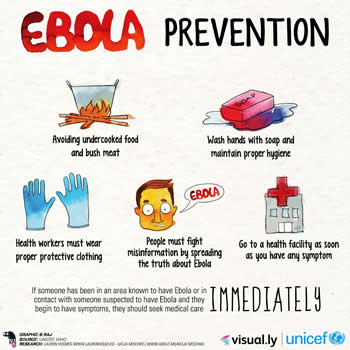 Ebola is a rare and deadly disease that originated in West Africa. It was first discovered in 1976 near the Ebola River in the Democratic Republic of Congo, from which it derives its name. The disease was not that widespread before, it had 24 outbreaks that resulted in a total of 1,716 cases. However, that all changed with the 2014 Ebola outbreak in West Africa.

The outbreak is centered in Guinea, Sierra Leone and Liberia, and has resulted in 13,042 reported cases with 4,818 deaths. The disease has spread across borders and has resulted in isolated cases in America and Europe. This has created a panic all around the world and people want to know how to protect themselves from the disease, especially since there is neither cure nor vaccine to stop the disease.

The only way that the disease spreads is through direct contact with the bodily fluids of an infected person or animal. This can include blood, saliva, mucus, vomit, feces, sweat, tears, breast milk, urine and semen. The virus present in these must then enter the non-infected person’s body through mucous membranes such as nose, mouth, eyes, open wounds, cuts and abrasions. The virus can also enter the body via the used of contaminated needles.

In order to protect oneself from Ebola, one can take the following precautions: