Difference between Accident and Incident

Key Difference: The word accident has a negative implication and could result in loss of life, or damage to goods. An incident on the other hand can refer to any even that happens; it could be positive or negative.

Accident and incident are two different words that are often confused and used interchangeably, however, these words are different from each other and have different implications. 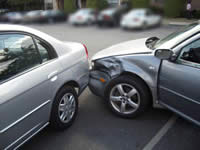 The word accident has a negative implication and could result in loss of life, or damage to goods. It means mishap, an unforeseen event or an unplanned circumstance that occur, with a most common negative outcome. The word has also been started to use in positive manner, where something that happens unexpectedly can also lead to go things.

The word ‘accident’ is defined by Merriam Webster as: 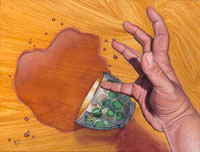 An incident on the other hand can refer to any even that happens; it could be positive or negative. In many times, incident is often interchanged with accident, if it has a most positive implication. It is used to describe any incidents in general. Incidents usually have adjectives before the word, in order to explain the type of incident it is.

The word ‘incident’ is defined as:

In this manner, every accident can be an incident as incidents can have both a positive as well as a negative implication. However not all incidents can be termed as an accident.

Hazard = Something that have potential to cause harm to people, property, or environment e.g = Knife, Ladder, drill machine RISK = May be you get yourself injured through knife, or may be someone fall down from ladder, or may be someone get injury or harm someone while drilling is the risk that is coming from hazard things Accident = An unexpected event or unplanned events that occurs because of "HAZARD THINGS", and that "RISK OCCURS via HAZARD" and result is to death, injury, loss of property. INCIDENT = this word we use later once Accidents occurs to describe accident in details, and incident is mostly positive impact rather accident.

Risk is the product of work impact known as severity and the likelihood of such impact. Hazard is anything that can cause injuries to people, damage and loss of properties.

Risk=Probability *Severity*Exposure Hazard is the event that potential to cause harm or property damage or environment impact. Such as Banana skin laying on the road is hazard but due to that skin person may fall down -it is risk.

Not only in the workplace, but anywhere we can find hazards.

The difference between hazard and risk. Always remember Probability × Consequence= Risk or Risk= Probabiliy × Consequence. Risk is the negative result when the hazard is ignored. No immediate corrective action done to prevent the risk.

All accidents are comes under incident , but all incidents are not, Risk , probability of realization of hazard. Hazard , is the inherent property of a substance or an occurrence which can cause injury or death to person damage to property ,etc...

Well thats something to think seriously for.. But isn't it so that an accident occurs and incident is the description of that accident a bit later? Reply will be awaited eagerly..