Difference between Asthma and COPD

Key difference: Asthma is a chronic inflammatory disease of the airways and unfortunately in today’s world it is quite common. Asthma is known for causing recurring periods of wheezing, chest tightness, shortness of breath, and coughing.  COPD stands for chronic obstructive pulmonary disease. COPD refers to a group of lung diseases that block airflow to the lungs and make breathing difficult. These diseases are emphysema and chronic bronchitis. 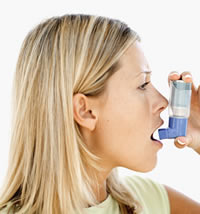 Asthma is a chronic inflammatory disease of the airways and unfortunately in today’s world it is quite common. Asthma is known for causing recurring periods of wheezing, chest tightness, shortness of breath, and coughing.  The coughing characteristically is worse at night or early morning. Asthma affects people of all ages, but it most often starts during childhood, due to which a number of children have to live with the disease.

The airways are tubes that carry air into and out of the lungs. Asthma causes these airways to inflame, and hence swollen and sensitive. Due to this, the airways tend to strongly react to irritants and outside substances. As the airways react, the muscles around them tighten. This causes the airways to become narrow and carry less air to the lungs that they normally would. Another way that the airways can become narrow is when the cells in the airway produce more mucus than necessary. The mucus coats the inside of the airway, thus restricting space.

Whenever, the airways are restricted, it induces the symptoms of asthma. At times, the symptoms are quite mild and may go away on their own or after minimal treatment with asthma medicine. However, at other times, the symptoms may not subside and may continue to get worse. These instances are referred to as asthma attacks. Asthma attacks are also called flareups or exacerbations. These may require proper medical attention.

There is currently no cure for asthma; however, there are numerous treatments available that can help control the impact of asthma. Hence, it is quite possible to live an average life with asthma, with minimal interference. There various medicines that can help counter the effects of asthma, both long term and short term. There are also various lifestyle choices one can make to reduce the impact of asthma.

In 2011, there were approximately 235–300 million people globally that had been diagnosed with asthma. In the same year, asthma was also responsible for 250,000 deaths. 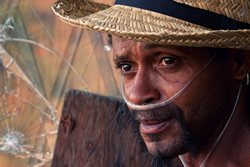 COPD refers to a group of lung diseases that block airflow to the lungs and make breathing difficult. These diseases are emphysema and chronic bronchitis. Chronic bronchitis is an inflammation of the lining of the bronchial tubes which carry air to and from the lungs. Emphysema is when the lung tissue around smaller sacs, called alveoli is practically destroyed. This makes the air sacs unable to hold shape after the air is exhaled.

COPD is most commonly caused by tobacco smoking. The smoking triggers an abnormal inflammatory response in the lung, which over time leads to COPD. COPD may also be caused by exposure to second hand smoking or to noxious particles or gases. However, more often than not, COPD goes undiagnosed, as most smokers attribute their coughing to being a smoker’s cough rather than COPD.

COPD usually gets worse over time. Furthermore, there is no cure for COPD, but the treatment can help control symptoms and minimize further damage. Treatment will not however reverse the damage done to the lungs. Treatment may include smoking cessation, vaccinations, rehabilitation and drug therapy, often using inhalers. Some patients with worse COPD may require long-term oxygen therapy or lung transplantation.

A detailed comparison between asthma and COPD: