Difference between Bharatanatyam and Kuchipudi Dance 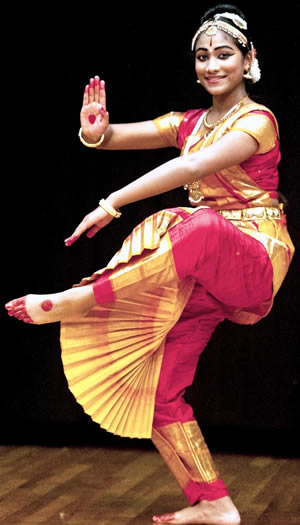 Travelling bards would use this dance form to tell the stories of Krishna to various audiences as they travelled around the country in all-male troups. They would often perform on a stage adjacent to a temple. Over time, they started to adapt other stories as well. In modern adaptation, a single dance can also perform Kuchipudi purely as a dance, rather than to depict a story. Alternately, the dancer can also depict the story of a single character.

Originally, Kuchipudi would be performed by all-male groups, with each person depicting a different character. Female roles would often be played by men. However, overtime more and more women broke into the art and today they outnumber the men. In fact, in many instances women today must play the male role in the drama due to the limited availability of male Kuchipudi dancers.

Bharatanatyam, on the other hand, has always been performed by female dancers, who would dance at the temples in honor of the gods. This tradition has continued over time and Bharatanatyam is still performed primarily by women, with men dancers being rare. 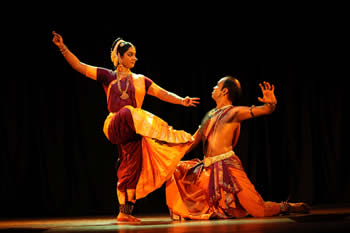 However, the ban had the opposite effect. Afraid of their culture and identity being repressed and lost forever, a massive revival was put into plan to preserve and reinvigorate the culture leading to a period of renaissance for these classical Indian dances. This led them to become more popular than they ever were, going as far as developing a name for the Indian arts internationally.

As dances, Bharatanatyam and Kuchipudi are quite similar in nature. So much so that a layman might even deem them the same when performed for him. The coustumes are quite similar with the women wearing a form fitting sari with a pleated fan to highlight their footwork. This is paired with heavy traditional jewelry and heavy makeup, especially around the eye to highlight the eye movements and other facial expressions. The men in Kuchipudi were a simple dhoti with some jewelry and makeup, reminiscing of the traditional male costumes.

In both Bharatanatyam and Kuchipudi, the dancers primarily utilize the half seating position or a partial squat form called the Ardhamandali, with the legs bent or knees flexed out. The emphasis is placed on the footwork with special emphasis on the various hand mudras and eye and facial expressions which are used to depict the expressions of the characters.

While both are danced to classical Carnatic music, the difference is that in Kuchipudi, the dane is often accompanied with a singer singing in Telugu, who will depict the story of the play or the character. The dance will ideally lip-sync the song, in accordance with the tradition where the dancer would sing their characters parts while dancing. In Bharatanatyam, there may or may not be a singer accompanying the dance, and the dancer will usually not lip-sync the song.

Comparison between Bharatanatyam and Kuchipudi Dance: