Difference between Bipolar and Unipolar

Key Difference: Bipolar disorder is a condition in which people experience extensive mood swings. A person may start of being happy and then go quickly to becoming sad or depressed. Unipolar depression is a mental disorder that results in a patient having episodes of low-mood, low self-esteem, loss of interest, loss of pleasure in enjoyable activities.

Bipolar and unipolar disorders are two conditions that are often confused as being the same because of the similarities in the name. However, these two medical disorders differ from each other greatly. Bipolar disorder patients exhibit mood swings, in which they are happy and then become sad. However, unipolar is a severe form of depression and the patient constantly suffers a low-state of mood. 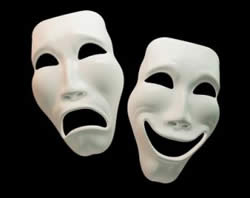 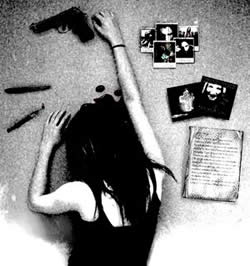 Unipolar depression is a mental disorder that results in a patient having episodes of low-mood, low self-esteem, loss of interest, loss of pleasure in enjoyable activities. Other names for this disorder include major depressive disorder (MDD) clinical depression, major depression or recurrent depression. This disorder is considered as a severe form of depression, where a person could have longer periods of low states compared to the shorter periods experienced in normal depression. Unipolar disorder was named, described and classified in the 1980 edition of the American Psychiatric Association's diagnostic manual. The unipolar depression affects school life, personal life, eating habits, sleeping habits and if left untreated could result in a person committing suicide.

Symptoms for the disorder include change in eating and sleeping habits, change in behavior, alternation in personal relationships, state of low mood, loss of appetite, feelings of worthlessness, inappropriate guilt or regret, helplessness, hopelessness and self-hatred. Severe cases can also include symptoms similar to psychosis such as delusions and hallucinations. Other symptoms also include withdrawal from social activities, reduced sex drive, insomnia, poor concentration, inability to focus, thoughts of death or feelings of committing suicide. Major depression commonly occurs with other psychiatric problems such as anxiety, bipolar disorder, etc.

Unipolar depression is believed to be caused by a number of factors that affect a person. It can include psychological, biological and social. Genetics is also known to play a part in causing depression. Any sudden changes such as death of illness in the family could also help trigger the disorder. Depression has also been closely linked to drugs and substance abuse, as well as, withdrawal from drugs and substances. Unipolar depression can be classified into five subtypes known as specifiers, which are recognized by The DSM-IV-TR. Wikipedia lists them as:

Unipolar can be treated using anti-depressants, behavioral therapy and cognitive therapy. Therapy can also be used to prevent an onset of the disorder. In case the patient does not respond to therapy or anti-depressants, electroconvulsive therapy can also be used. In this therapy electrical pulses are sent directly to the brain via two electrodes that are attached to each temple. The electric pulses try to induce a seizure while the patient is placed in a brief period of general anesthesia. This is a quicker and a faster way to help patients that have stopped responding to other methods of treatement.