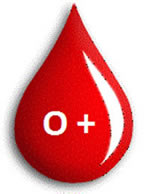 O+ blood group possess the double red blood cells. These blood group people have both anti-A and anti-B antibodies in the plasma, which act against the type A and type B blood. They are said to have the quality, of increasing the lifesaving capacity. 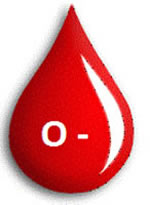 What true about o+ Iam getting marriage unknown group blood is this correct..?

What is inselting and 40percentage and by them

Purna, Who is insulting Indian doctors? I could not find reference to this in the above article. Forrest

Male and female of the same blood group can affect the child. You can use the punnett square to figure out the blood type of your child, or someone else's child. But, generally, if both parents, say, have A+ blood type, the child has a high percentage of getting A+. GENERALLY. However, there are cases when the child will get an O+ blood type instead. I'll state my case for an example. My parents both have B+ blood type, but my blood type is O+. Being an O+, you can generate two types of antibodies: Antibody A and Antibody B. But let me define what are antibodies first. Antibodies are substances that your body creates in order to fight infections, or foreign materials. For example, since you have both Antibody A and Antibody B, you can donate to blood types A and B because these blood types have the same antibody as you do. Bloot type A has Antibody A and Antigen B. Antigen is toxic to others. Since Blood type A has Antigen B, it can't be donated to Blood type B because this antigen can kill the person with B blood. Same goes with B. Blood type B people have antigen A, so they're toxic to Blood type A people as well. In the case of blood type O, it has two antibodies, so it can donate to both A and B. BUT, IT CAN'T ACCEPT blood from A, B or AB people. This is because of their antigens. A has antigen B, so it can kill the B antibody of Blood type O. B is the same. AB is fatal because it can kill both of O's antibodies.

How will be their married life, if we perform O+ male and O- female

Well, stupidity is bigger problem in marriage than your question...