Difference between Character and Behavior

Key Difference: A character is a set of qualities that make someone or something different from others. Behavior, on the other hand, refers the way of behaving, the actions or reactions you give to others. 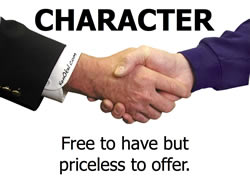 A character of a person identifies a particular person’s qualities. It refers to the kind of a person you are from the inside. It is the values, ethics and morals you show to others and creates an image for you in somebody’s mind. There are thousands of human beings who have different characters which God created for a person. Like, a cheerful character, jolly-good-fellow character, introvert or extrovert character, quiet character, etc. which identifies about oneself. It is difficult or an impossible job to change someone’s character. See Active Vs. Proactive.

Ironically, research has shown that character is the passing on of qualities from parents to children i.e. hereditary. Their appearance, intelligence, etc. are some qualities that can be passed on from parents to children. Some people deliberately behave in a way so that people think that is their character when it is actually not. It is not an easy job to judge a person’s character just by one look. So just keep this in mind that it might be possible that a person you are speaking to is very different on the inside than they may try to appear to be on the outside.
See: Habit Vs. Instinct. 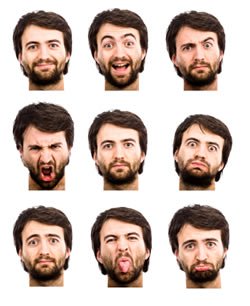 Behavior is the manner in which one manages or carries oneself. Human behavior is influenced throughout one’s lifetime. There are certain behaviors which are acceptable and unacceptable by society, but unfortunately, all don’t have the same behavior or good behavior. Human behavior is highly portrayed by their attitude which is used in their daily basic activities.

In both, character basically defines who you are and the behavior defines what you are. The behavior comes from the lively and energetic emotions, while the energies for the character come from the mind. The essential energies are short-lived responses to any situation.
See: Borderline Vs. Narcissistic

Character and behavior are both interrelated; the character has a direct influence on behavior and the behavior has a direct impact on the character, furthermore, both have an equal impact on one’s life. For example: If an ordinary man is very smart and popular in his field everyone will appreciate his work and will love his each and every activity, but as he falls down or does not reach his goal, nobody will allow him to accomplish anything in the ordinary sense of the world.