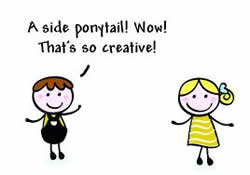 A compliment is used to express praise, commendation, or admiration. If a person finds something worth praise then in order to express this feeling, the person makes use of a compliment. It is a nice gesture and people love to receive compliments. Compliments can be given for the appearance, looks, clothes, house or anything that can be associated with people. “He received many compliments for his work”. In this sentence, it indicates that the person is being praised for his work. Compliments do not use any specific kind of words. It can be framed using many kinds of words and sentences. For example, ‘You are looking beautiful’, ‘I really like your dress, ‘The cards sent by you were amazing’, etc.,   are all compliments.

Comment is a remark that is used to express an opinion or reaction. It also takes a written 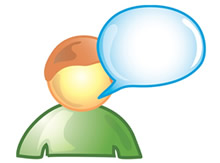 form when it is expressed in writing. Comment can be used for expressing both positive and negative kind of remarks. For example, after reading a book, a reader can be asked to comment on the book. Then, the reader can express his opinion in forms of comments. He may say “I liked the starting of the book, but in the end the book is not able to grasp the reader’s attention”. In this particular sentence, the reader has described his opinion about the book, and thus it is a comment.

Comment can just be a statement, an observation or some information that is often added to the main content. In computer programming the comments are added in the source code. These comments act as an explanatory text for the code. Thus, comments are used in many ways but the underlying definition remains the same. Comment should not be confused with complaints as complaints define the negative attitude towards a particular thing or activity, whereas comments are regarded as neutral in nature.

Comment and compliment, both are ways of expression. Compliment is used in order to praise or appreciate, whereas comments are just remarks and are generally used as feedbacks. Compliments do not expect any enhancement for the thing being complimented, whereas comments are most often asked for suggestions. The effect of compliment is always positive. The receiver feels happy and appreciates the compliment, whereas it is unpredictable to say something about the reaction of a particular comment. Thus, we can say that both are important and are frequently used in our day to day life.

yeah... we can say that comment is stand for positive and negative as well as on the other hand the complimemt is generally standing in someones praise........