Difference between Cop and US Marshal

The term ‘Marshal’ used in several official titles in various branches of the society. Lately, it has been used for elevated offices, such as in military rank and civilian law enforcement. 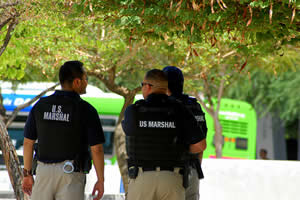 In many countries, the rank of marshal is the highest army rank, outranking the other general officers. In United States, the Marshal Service is a U.S. federal law enforcement agency within the U.S. Department of Justice. The office of U.S. Marshal is the oldest American federal law enforcement office. It was created by the Judiciary Act of 1789. It assumed its existing name in 1969. Although, it is considered second to the U.S. Customs Service, as the custom service is the oldest federal agency.

The Marshals Service is part of the executive branch of the government. It is the enforcement arm of the U.S. federal courts. The U.S. Marshals are responsible for the protection of officers of the court, court buildings and the effective operation of the judiciary. The service also includes assistance with court security and prisoner transport, serves arrest warrants, and seeks fugitives.

According to Wikipedia, The Marshals are responsible for capturing wanted fugitives, providing protection for the federal judiciary, protecting endangered federal witnesses, and managing assets seized from criminal enterprises. They also execute the lawful writs, processes, and orders issued under the authority of the United States. If necessary, they may command and provide the required assistance to execute the duties.

U.S. Marshals also may have the common law-based power to enlist any willing civilians as deputies. They cannot use troops for law enforcement duties while in uniform representing their unit, or the military service. However, if a serviceman or woman is off duty, wearing civilian clothing, and is willing to assist a law enforcement officer in their own behalf, it may be acceptable. Also, the government authorizes the United States marshals, deputy marshals and other such officials designated by the Director, in executing the laws of the United States within a State. It simply means that the marshals are required to exercise the same powers, which a sheriff may exercise in executing the laws. The U.S. Marshals are also responsible for carrying out evictions within the District of Columbia. 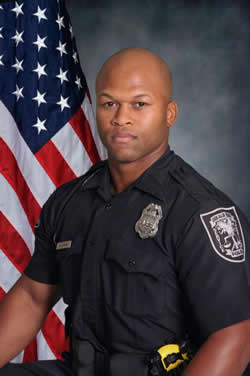 Comparison between Cop and US Marshal: