Difference between Discovery and Invention

Discoveries and inventions may seem similar because of something new being revealed, however they are two different words and have different meanings. Discovery is finding out or figuring out something that preexists, while invention is using objects that preexist to create something new that is first of its kind.

Discovery is known as the act of detecting something that already preexists and has been around over a long period of time. Discovery means to find, figure out or even acknowledge something that has been in nature for a good number of years. Discovery could also include forces or other objects that are not solid in nature, such as gravity, force, atmosphere, gases, etc. Discovery doesn’t always have to be intentional and can also be stumbled upon by accident, such as gravity, which was only after an apple fell on Newton’s head did he discover the law of gravity. Commonly, discoveries are used in order to advance technology or to given an insight to previous conditions. For example, old fossils and artifacts are excavated in order to see the type of creatures that we may have evolved from or the way a certain civilization lived during that particular time.

New discoveries are believed to be acquired through various senses, which are usually merged with pre-existing knowledge and actions. In the same example above, we can only tell the dates of the artifacts and bones, due to carbon dating. In addition to some discoveries being accident, some discoveries are sought after because of questions that arise within a person or a community. The search of answers for these questions usually results in various different types of discoveries. Some discoveries are also fueled by other discoveries, ideas, or collaborations that may have taken place.

In the scientific community, discovery is known as the observation of new phenomena, actions, or events that can help explain knowledge that is acquired through previous scientific evidences. Though some discoveries are accidental, many others are actually sought after and require exploration. Discovery is not only limited to procuring evidence, it also requires a description and an explanation. Discoveries are related to inventions, as some discoveries also result in invention of objects, processes, or techniques. 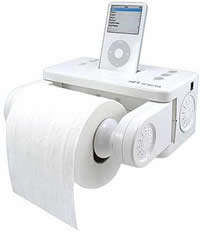 Invention is using objects, ideas or theories that are already preexisting in order to create a new object, ideas or theories that are not in existence yet. An invention is expected to create a breakthrough in radical science and change the thinking. Inventions are generally patented in order to restrict other people from reproducing the same thing and taking credit for the object. Inventions usually require a process where in experimentation, trial and error and alternations are required in order to create the perfect invention. An invention could also be accidental, where a person might be trying to create something else and ends up creating something completely different and new. Inventors also keep a proper record of their workings in a notebook or journal, where each process that is followed is monitored and noted.

Inventions are practically ideas that a person has, which he then goes through the process of creating using materials that are already in existence. Inventions could also mean improvement of something that is already in existence but it is now altered with newer features and technologies. For example let’s consider a light bulb (invented by Thomas Edison). During the time he created the light bulb, it could only be powered for small amounts of time. Other inventors created technologies related to light bulbs, which made it cheaper to produce, more efficient, longer-lasting and more ecologically friendly. We have light bulbs today that are safe and use less electricity. These are also considered as inventions. Another example includes docking port for an already existing music player, the docking port would be considered as an invention even though the music player was already available.

Invention is also considered synonymous with innovation, where experts claim that in order for invention, innovation is required. Invention is also done in order to make lives easier and more feasible. The nomads during the ancient ages decided to settle down resulting in the creation of tools and wheels, which were then required to build houses and other things. Many inventions are also due to discoveries, such as the telescope was invented in order to view the discovered planets.