Difference between Element and Compound

Elements and Compounds are most commonly heard in chemistry and are considered as basics of the subject. In order to understand chemistry, a person needs to know the difference between elements and compounds.

An element is a pure chemical substance that has one or one type of atom, distinguished by its atomic number. The atomic number is derived from the number of protons present in the element’s nucleus. There are a total of 118 elements that have been identified, divided between metal, metalloids and non-metals. Most elements are available on the earth, while a few have been developed artificially through nuclear reactions. An element is already in its rawest form and cannot be further broken down. All of the elements can be found in the Periodic Table, listed by atomic number. 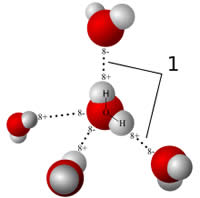 A compound is a substance that has one or more elements in its composition. The compounds have a fixed ratio of atoms which are held together by chemical bonds, such as covalent, ionic or metallic. A compound can be broken down into individual elements using chemical reactions. Most compounds form naturally in order to reach stability, as not all elements in the periodic table are stable.

Helped for me.... Thank u so much
I think some more needed to study.

IT IS SO MUCH EASY.

it is so easy