To understand these orbits, one must be clear about the concept of an orbit. An orbit is a curved path that is taken by an object around a star, planet, moon, etc. Thus, we can simply define it "as the path determing the motion of a body around the other body". The most common example is our solar system in which planets like Earth, Saturn and Jupiter follow an orbit around the sun. 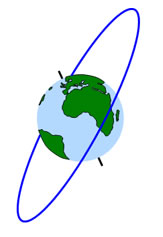 Geosynchronous orbit has the same orbital period as the rotation period of a central body around which the object is following this path. The term is mostly used in context to satellites that move around the Earth. 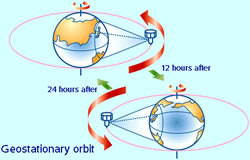 Features of geostationary orbit around the Earth:-