Difference between Ghost and Witch

Key difference: Ghosts and Witches are considered to be supernatural beings; they may or may not be real. The difference between the two terms is that a ghost is a spirit, whereas a witch is a person with magical powers. 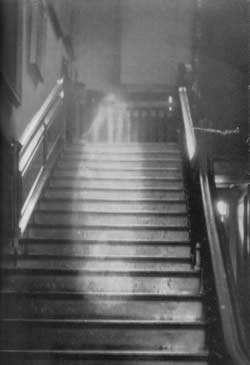 A ‘ghost’ or a phantom is the soul or the spirit of a dead person or animal. It is a traditional belief that a ghost can appear in a visible form or any other manifestation to the living. See Ghost Vs. Devil.

The description of a ‘ghost’ varies widely; they are considered to be an invisible presence, translucent or barely visible wispy shapes, or realistic and lifelike visions. It is believed that the spirit of a deceased person can be contacted through a ‘séance’ 'ouija boards' or ‘necromancy’.

This belief in the spirits of the dead dates back to the pre-literate cultures, which consist of certain rituals or practices, which were specifically designed to put to rest the spirits of the dead. The practices included funeral rites, exorcisms, ritual magic and some practices of spiritualism. Similarly, there are many notions attached to this idea of ‘ghosts’. In many accounts, ghosts are thought to be dead people looking for vengeance or are held back on earth for bad things they did during their life. It is also considered that some unfinished business may be stopping the spirit from moving on. Their appearance is generally regarded as an omen or portent of death. See Ghost Vs. Vampire

Ghosts are generally described as solitary essences that haunt particular locations, objects, or people. They were incorporated in life through stories of phantom armies, ghost trains, phantom ships, and even some ghost animals. However, scientists believe that ‘ghosts’ are a result of optical illusion and there is no credible scientific evidence to support their origins. They argue that it is the limitation of human perception which causes a person to believe in ghosts, and there are ordinary explanations that can account for ‘ghost sightings’, for example, changes in air pressure cause the doors to slam, or it is the lights of a  passing car that reflects on windows.

Scientists say that it is the human peripheral vision, which misleads or misinterprets different sights and sounds like the presence of ghosts, and that all this is simple hallucinations which are experienced late in the night when the brain is tired and is more likely to make mistakes. 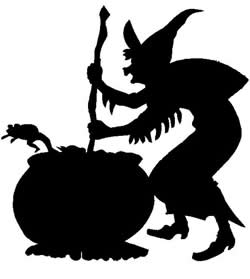 A witch is a person who practices witchcraft. They are commonly portrayed as wicked old women, who have wrinkled skin, pimples, and pointy hats; they wear black or purple clothes, have warts on their noses and long claw-like fingernails. Also see: Ghosts Vs. Demons

In early centuries, women who used to treat the sick or diseased people were considered as witches. People believed that these women had magic or concocted magical portions to cure illness among the people. There were beliefs that these women had certain things which identified them as witches, things like a mole or a birthmark which was considered as the mark of the devil, or a pact with a devil, or have things to do black magic with, to have another witch in the family, etc.

During the early Modern Age, people developed a whole different set of teachings and beliefs about witches. These beliefs centered on facts such as witches could fly around on brooms, sticks, animals, demons, or by using special ointments or they met with other witches and the devil on occasions such as Witches' Sabbath, etc.

It was all the belief in these ideas, which lead to the death of many innocent men and women. In the Bible, the punishment for witchcraft was death. Also, in modern Europe, persecution of witches took place in which tens or hundreds of thousands of people were tried for witchcraft and executed. Both men and women were hanged or burned at stake.

However, in the 20th century, a new attempt was made at understanding witchcraft. This led to movements such as Wicca or Shamanism, which consist of people who believe in magic and afterlife. Also see: Ghosts Vs. Spirits

Comparison between Ghost and Witch: