Difference between Harry Potter and Lord of the Rings 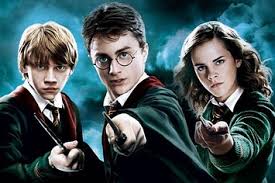 Some seminaries between the books include Tolkien's Wormtongue and Rowling's Wormtail, both of whom betray the people around them; Tolkien's Shelob and Rowling's Aragog, large man-eating spiders; Tolkien's Nazgûl and Rowling's Dementors, dark creatures of the night; Old Man Willow and the Whomping Willow, large sentient trees that like to attack people; and many more. See Film Vs. Cinema

Despite all the similarities in the two series, it should be noted that the similarities are superficial. They are primarily rooted in the fact that the works of J.R.R. Tolkien are so profound that they have subsequently shaped the future of the fantasy genre. It can be said that nearly any and all fantasy work can find itself to consciously or subconsciously find itself emulating some aspects of Tolkien. In fact, according to the Tolkienian scholar Tom Shippey, "no modern writer of epic fantasy has managed to escape the mark of Tolkien, no matter how hard many of them have tried". 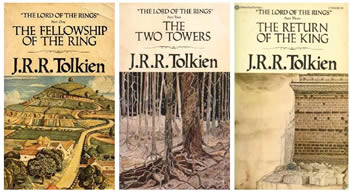 However, there are many differences between the stories as well. While Tolkien created entire mythology and a whole new world to speak off, Rowling stays in this world. Her mythology is intertwined with the real world where people can relate to it. Additionally, while the Harry Potter Series is a young adult series that focuses on growing up and dealing with the world around them, Tolkien’s series is more of an epic adventure journey that might not be suitable for children under a certain age. Also while the plot of Harry Potter primarily follows the story of Harry, the plot of Lord of the Rings is vast and follows the individual stories of all of the nine primary companions after they are separated, as well as the story of other characters as well.

They also differ in the themes that they address in their stories. Rowling’s Harry Potter deals with the themes of good vs. evil, death, love, growing up, as well as political overtures, normality, oppression, survival, and overcoming imposing odds. Tolkien’s Lord of the Rings is more traditional in context. It is a typical epic journey that deals with the themes of good vs. evil, the journey, self-discovery, as well as the duality and parallelism of hope and despair, knowledge and enlightenment, death and immortality, fate and free will. In both the stories, the protagonist must undertake a task with great risk to himself in order to save the world as he knows it.
Also see Imagination Vs. Fantasy

Comparison between Harry Potter and Lord of the Rings: