Difference between India and Pakistan 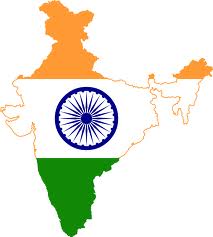 India and Pakistan are two different countries but share historical connections with each other, as Pakistan and India were born out of a split. India is a very ancient country and also known as Bharat. It is separated from rest of the Asia by a mountain chain, and is surrounded by sea on rest of the three sides. India is known for its diversity whether it be its physical features, regional languages, attire, etc., as they all vary from places to places.

India got is Independence from British rule on 15th August 1947after their ruling of more than two hundred years. It became a sovereign nation. This independence was gained through sacrifices of many people. 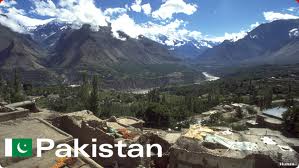 Currently India holds a prominent place as a democratic country of Asia. Pakistan and India split with the Indian Independence Act on midnight of August 15, 1947. It was resulted due to some tensions existing between Hindus and Muslims especially during the 1940s. Under the leadership of Muhammad Ali Jinnah, Muslim state of Pakistan was formed as he thought that it in in the favor of Muslims. Pakistan possesses a coastline on the Arabian Sea in south, and is bordered by Afghanistan, India, China and Iran.

India’s dominant religion is Hinduism, whereas more than 95 percent of citizens of Pakistan are Muslims. Muslim is the second largest community after hindus in India.  India is a larger country area wise than Pakistan, and also population of India is much greater than that of Pakistan.

There has been always a conflict between India and Pakistan over the boundary issue. India has been superior in context to scientific and technological manpower, whereas Pakistan has shown better economic growth rates.

Comparison between India and Pakistan: