Difference between Java and .NET 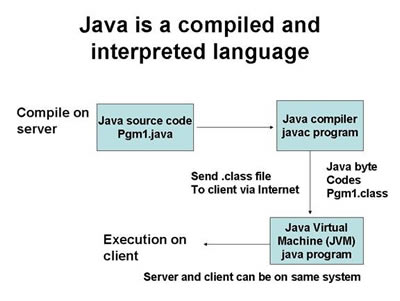 Java is a famous open source programming language product of Oracle trademark. In June 1991, James Gosling, Mike Sheridan, and Patrick Naughton initiated the Java language project. In 1995, Sun Microsystems released the first public implementation as Java 1.0. Oracle provides it with the free and open source platform which comprises of JDK (Java Development Kit). It works on the application of "write once, Run anywhere" (WORA), which means that the code runs on one platform and further does not need to be recompiled to run on another. It was rated as the top programming languages of 2012 series. Sun has also re-licensed most of its Java technologies under the GNU General Public License.

Java is a software programming languages, which is wholly object-oriented, concurrent and class-based in features. It is particularly designed for the few implementation dependencies. The java applications are compiled to bytecodes that are basically the class files which run on any Java virtual machine (JVM). Java compilers, virtual machines, and class libraries are the most important components of the programming language. Java is platform independent language and is known for its portability, i.e. the language and can run on any hardware/operating-system or platform. The Java bytecode, are converted into platform-specific machine code. These are interpreted by the JVM (Java Virtual Machine), and are written in JRE (Java Runtime Environment). JRE need to be installed separately in order to run the Java application.

The Java language creation is based on five most primary goals, that is: 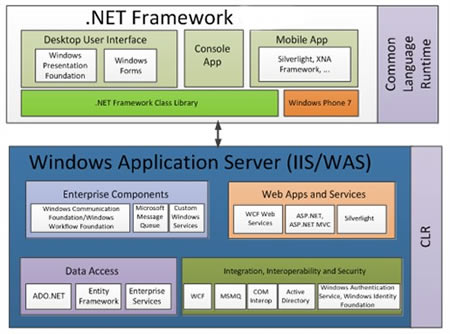 .NET is the most upcoming and advanced programming language in the computer and IT sectors. Initially, Microsoft developed the .NET Framework in the late 1990s, and named it originally as, Next Generation Windows Services (NGWS). Its first beta version, .NET 1.0 was released in late 2000s.

.NET framework usually pronounced as dot net, is a computer software framework invented by Microsoft, and runs primarily on the Microsoft Windows OS (Operating Systems). Its Framework's Base Class Library facilitates user interface, data access, database connectivity, cryptography, web application development, numeric algorithms, and network communications features. The language includes a large library and is known to provide the language interoperability (which means each language can use code written in other languages) across several programming languages. .NET provides a software environment for the executable .NET Framework programs. The language also includes a hardware environment, known as the Common Language Runtime (CLR), which is an application virtual machine. The .NET Framework is composed of class library and CLR. The .NET developers produce software by combining their own source code with .NET Framework and other libraries. The language is now applicable in most of the recent developed applications like mobile, android, tablets and etc.

Its Design features include:

Comparison between Java and .NET: