Difference between Karma and Destiny 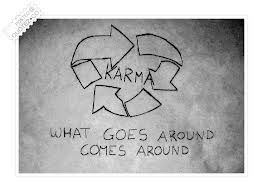 Karma is one of the basic concepts found in the philosophies related to Hinduism, Buddhism and Jainism. Karma is a Sanskrit word which means work or action. It states that actions are of great importance. The current state of a person is due to his past deeds in past incarnations and whatever he does now will definitely affect his state in future incarnations.

It is often believed that this account of deeds is kept by the supreme power who decides the outcome of actions.

The emotion of karma can be easily found in phrases like “You reap what you sow” and “for every action there is an equal and opposite reaction”. It is often described as a cosmic law affecting everyone and everywhere irrespective of the time frame. The thought of karma helps in regulating actions as one tries to do good things in order to get good rewards. 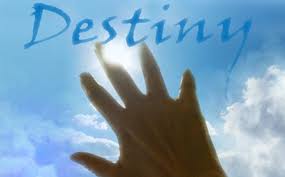 Destiny is about the future events which are considered to be inevitable. The word destiny has been derived from Latin destinata, feminine past participle of destinare "make firm, establish". It is associated with the likely outcome. Karma and destiny can now be described. According to the principle of karma, the actions of a person are the creator of his own destiny.

Comparison between Karma and Destiny: