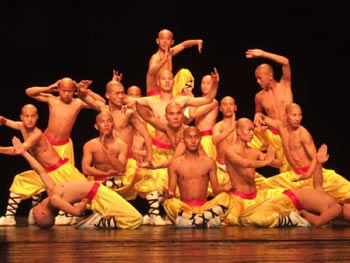 Kung fu involves a wide range of Chinese martial arts. They are the most dedicated and disciplined form of exercises, which are practiced and followed all over the world. Their origin was traced from the 4th century and was originated at the Shaolin temple, China.

In Chinese, the term Kung Fu relates to:

Kung Fu is a science in itself, which trains an individual to move the body in a continuous circular motions and turns. It refers to an individual’s commitment and dedication towards the skill and art, which is obtained by hard work. It is the most ancient form of martial arts practiced in China. In Kung Fu, the aim is to cause as much damage as possible without losing balance, so strikes are extremely quick and controlled. Its actions are habituated from the animal moves and styles and are initiated from one of five basic foot positions, which are normal upright posture. The remaining four stances are dragon, frog, horse riding, and snake. It is an open martial art, which means that, its styles can be adapted only by those practitioners who are perfect in their actions. 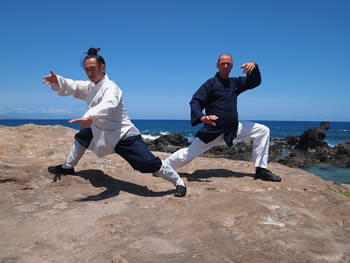 Tai Chi (also T'ai chi ch'uan / Taijiquan)  is a Chinese origin form of martial arts, which generally focuses more on meditation and stability. It was influenced form the Taoist and Buddhist monasteries. Today, it is one among the appreciated from of exercises.

The word T'ai chi ch'uan / Taijiquan are formed by the combination of three hanzi:

The term ‘Tai Chi’ means "supreme ultimate fist", "boundless fist", "supreme ultimate boxing" or "great extremes boxing". This art form is practiced in both ways, for defense as well as for maintaining health. It is the internal Chinese martial art form. Its hard and soft martial art techniques, demonstration competitions, and longevity are practiced technically for variety of personal reasons. It works to improve the muscular strength, flexibility and fitness. Tai Chi movements emphasize the importance of weight transference, which helps balance and prevents falls. The actions in the martial art are entirely dependent on the opponent’s action and move. The Tai Chi principles were developed in terms of being sensitive to and responsive of another person's 'chi' or vital energy. Some of the Tai chi forms are practiced as slow movement. The entire study of t'ai chi ch'uan primarily involves three aspects:

Tai Chi (also known as T’ai Chi Ch’uan or Taijiquan) is a perfect combination of Chinese dialectic ideology, art and martial arts. It bears a close relation to Chinese ancient Taoism, under the guidance of which a series of practice methods were formed for learning martial arts. It is characterized by attacking, by accumulating the strength, by conquering the unyielding with the yielding skills and defeating the dynamic with the static. Moreover, this Kung Fu style is a good regimen method to cultivate shape, breath, strength, quality and spirit of the human body. Due to these distinctions, it is considered the quintessential Chinese culture. At present, there are five major styles Tai Chi. Each of them is named after the corresponding Chinese family from which the styles originate. They are Yang Style Tai Chi Chuan by Yang Luchan , Chen Style Tai Chi Chuan by Chen Wangting, Wu Style Tai Chi Chuan by Wu Yuxiang and Sun Tai Chi Chuan Style by Sun Lutang.