Difference between Looking and Seeing

Key Difference: To look at something means to gaze your eyes upon or acknowledge its presence. In order to see, not only does one look at the object but he/she also understands it and pays attention to it.

In our attempt to live a fast paced life, no one realizes that life is just passing by. We look at things and people, without really seeing them. To look and to see are two different things, even if they both refer to visual perception. Visual perception is the ability to see and interpret our surroundings by processing information contained in visible light. 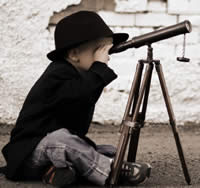 Merriam Webster defines ‘looking’ as, “to ascertain by the use of one's eyes; to exercise the power of vision upon; to search for.”  In layman terms, to look at something means to gaze your eyes upon or acknowledge its presence. It is considered as a passive action. For example, Sarah asked Sam to look at her new watch. In this example, Sarah is telling Sam to acknowledge the presence of her new watch, all he needs to do is glance at the watch and acknowledge that Sarah has bought a new watch.

Look can also be used in various different contexts such as; to look after something or looking to earn some profits. In the former context, the term ‘looking’ is being used in order to take care of an object or an issue, while the latter refers to an outlook or a vision for the future.  Looking for something refers to searching for something. 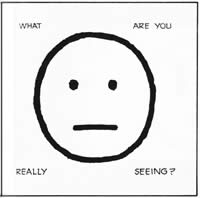 ‘Seeing’ is defined as, “to perceive by the eye; to perceive or detect as if by sights.” It is a more active action. In order to see, not only does one look at the object but he/she also understands it, perceives it and pays attention to it. Perception means recognizing or relating what the eyes see with prior knowledge of the object. Let’s take the same example of Sarah and Sam. When Sarah shows her new watch to Sam, he sees it instead of just looking at it. He goes on to notice that it is different from the one Sarah had before, that it has Mickey Mouse as the background and the hands are in a squiggly form.

This means to see, not only just acknowledging it, but also understanding it and paying attention to it. It also means to look past the just obvious and actually taking time to thoroughly enjoying it. This is most common for any kinds of artists and art critics. To understand any piece of art requires time, patience and for a person to be open minded and perceive everything the artist might be trying to put across. In occult, the term ‘seeing’ is also used to refer to “the sight”, an ability to predict the future or see auras that surrounds living things.

A person who looks just lives as life passes him by, but a person who sees can find the beauty in the little things and actually enjoys their live.

It is so cool that looking is different than seeing! It makes so much sense! :D