Difference between Nebula and Galaxy

Key Difference: Nebula is a cloud in deep space consisting of gas or dirt/dust (e.g. cloud formed after a star explodes). A group of numerous stars, dust, planets and other interstellar matter, tied together by a gravitational force is known as a Galaxy. 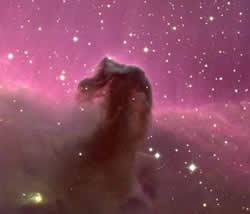 Nebula is a cloud in deep space consisting of gas or dirt/dust. The word Nebula has been derived from the Latin word, meaning “cloud”. Nebula is also called as nebulae. Dust and gas clouds are called nebula. In the earlier time, galaxies were also called nebula by astronomers because of their fuzzy appearance. However, nowadays the word nebula is used for extended objects consisting mostly of gas and dust. It comes in many shapes and sizes and forms in many different ways.

Generally, there are four kinds of nebulae in the astronomers’ heavens. All types of nebulas are found within our own star system, of which one is the Galaxy.

A collection comprising of stars, dust, planets, and other interstellar matter bound together by gravity is termed as a Galaxy. A Galaxy can contain any number of elements. For example, a small Galaxy may just comprise of a few thousand stars, whereas a large Galaxy may contain billions of stars in it. Milky Way is an example of a Galaxy; it is a Galaxy that consists our Earth and Sun. The astronomers can only provide information about the known and observable Galaxies in the Universe. However, there might be various other Galaxies present in the whole Universe.

In short, a galaxy is a massive collection of stars and nebulae.

Comparison between Nebula and Galaxy:

Cheers this helped me with my physics.

oui it was very reasonable....