Difference between Noun and Adverb

Key difference: A noun is a word that is used to identify people, places, objects, happenings, etc. An adverb is a word which is used to describe a verb, an adjective or a sentence. 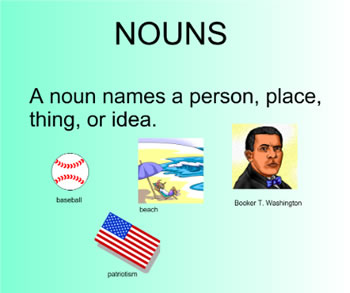 Common Nouns: As the name suggests, these nouns are names in general. These could be the names of an object such as pen or pencil; reference words such as humans, plants, animals, etc.; or terms of common usage such as earth, planets, universe, etc. The first alphabet of a common noun is never capitalized, unless it opens a sentence. Common nouns are more or less the different names that we use in our daily life.

We have stored some butter.

Proper Nouns: These are the nouns used to describe particular places, people, happenings, etc. Proper nouns are always unique to the thing. They belong to specific entities and are not common for all. Words like these always have their first alphabet in capital as a rule. The names of the days in a week, religious texts, historical monuments, etc. are required to be used as proper nouns.

In spite of mom’s warning, Betty met Michael in Chicago. 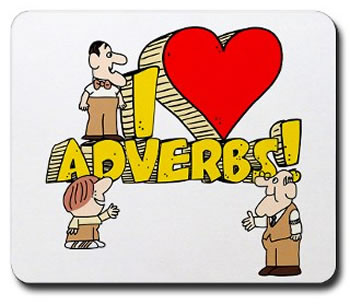 An adverb can be understood as a word which is used to modify the meaning of a verb, an adjective, a clause, a sentence, or any other word other than a noun. An adverb cannot perform the function of modifying a noun because an adjective is responsible for doing so. Adverbs can be further stated as the words that provide answers to the questions of:

She was walking slowly.

In the sentence above, ‘she’ is the pronoun, ‘walking’ is the verb, and ‘slowly’ is the adverb. From this sentence one can know that it’s about a woman, who is walking at a slow pace. This information is particularly provided by the word ‘slowly’. If the word ‘slowly’ were to be eliminated from this sentence, it would have still made sense, but wouldn’t have provided all the information. It would only mean that a woman is walking. However, one won’t be able to know the pace at which the woman is walking. This is why adverbs are crucial in providing information to the readers and context to a sentence.

Some other examples of using an adverb are:

Comparison between Noun and Adverb: