Difference between Predator and Prey

Key difference: Predator hunts Prey. A predator is an animal who hunts other animals; while, a prey is that animal that is hunted by other animal. Both, of these animals are necessary for maintaining the ecological balance of the Earth.

Predator and Prey basically refers to the hunting and attacking of an animal. Predators are the ones who hunt other animals; while preys are the ones who are hunted or attacked by other animals. In the ecology, these are co-related to each-other. Predator and prey are inter-related to each other; i.e. the prey is part of the predator's environment, and the predator dies if it does not get its prey; as the predator is fully dependent on prey for its basic living.

Both evolve together, i.e. a predator evolves whatever is necessary it can do in order to get the prey. Hence, predators are said to have speed, stealth, camouflage, a good sense of smell, sight or hearing, immunity to the prey's poison, the right kind of mouth parts or digestive system, etc. from which it get hold of the prey and feed on it. Like that of predator, even the preys are a part of predator’s environment; i.e. a prey tries to escape from the predator by evolving speed, camouflage, good sense of smell, sight, or hearing, thorns, poison, etc. 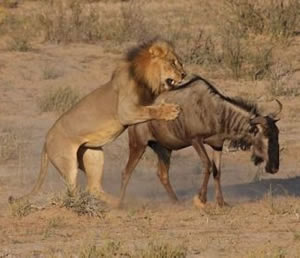 A Predator is an animal which feeds on other animal for food. These are generally carnivorous type of animals who hunt other herbivorous animals for food.  These are animals with sharp speed and capacity; they are known for their hunting skills and are merciless in nature. They are extra vigorous and vicious among all, mostly said to be the dangerous of all animals. Predators have features like good digestive systems, as these can eat the raw flesh and can digest them. They have sharp features like teeth, jaws and extra-ordinary strength and strong body which all help them to fight against their prey and catch it.

Predators receive the least amount of energy as they are at the top of food chains. They play main role in the ecosystem, as they maintain the prey population and improve the bio diversity by preventing a single species from being dominant. Some of the most prominent carnivores are lions, tigers, crocodiles, sharks, eagles, alligators and snakes. 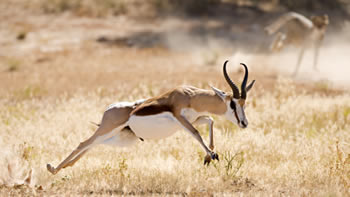 A Prey is an animal which is being hunted or eaten by other animals. There are generally the herbivorous animals which feed on plats and other small insects for their lives. Like that of predators, even these have some extra features which helps them to get rid from their enemy (predators). These have high speed and running capability, which helps them to be away from the predators. Also, they have sharp jaws and sharp eyesight and hearing capacity from which they can see and hear the predators. Some of the most common examples are, cow, buffalo, deer, rabbit, zebra, etc.

In the food chain, prey species are closer to the producers than predators. Prey stores energy which is essential food sources of predators. These species have high populations as compared to predator species, but are lower than the producers. They have great environmental adaptations to win the battles against predators by their hiding, escaping, and fighting skills; sometimes even with the chemical weapons. Prey is a necessary part of the ecosystem, especially to facilitate the flow of energy to predators; as if there were no preys then there wont had been predators also on earth. 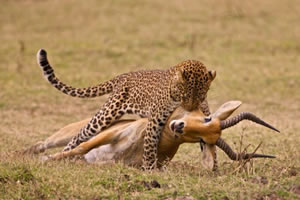 The prey-predator relationship maintains the ecological balance of the earth, as if predators won’t be there then the prey population would increase in earth, which would give rise to over grazing and hence this would directly affect the natural plant life circle. While, if prey won’t be there, then the predators would strive from hunger and die. So, both these animals are necessary in order to maintain the ecological balance. Some examples of predator and prey are lion and zebra, bear and fish, and fox and rabbit.

Comparison between Predator and Prey:

HI thnx for this info. helped me a lot