Difference between Salad Cream and Mayo

Key Difference: Salad cream and mayo are both the same in context to their main ingredients. However, they primarily differ in the proportions of these ingredients mainly in the vinegar and oil ratio. 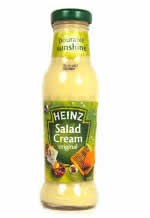 Salad cream and Mayo are not very different from each other as condiments, and therefore are thought to be the same. Salad cream is basically a creamy condiment which is yellow in color. Generally, it includes ingredients like vegetable oil, water, sugar, spirit vinegar, mustard, salt, egg, yolks, and modified corn flour. It is prepared by keeping the emulsion ratio of 20 to 25 percent of oil in water.

The credit of invention of salad cream goes to Heinz Company who invented in 1914. It gained a lot of  popularity in Britain during the 20th century and was widely used. This condiment was commonly used with a traditional British garden salad. 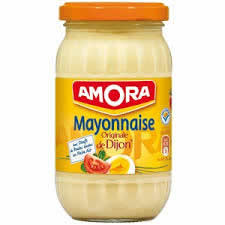 Mayo or Mayonnaise is often compared with the cream salad as it contains similar ingredients like oil, egg, vinegar, condiments and spices. There are different claims regarding the origin of mayonnaise. Many believe that it originated in Spain where it was popular with the name Salsa Mahonesa.

It is a famous dip and widely used for salad dressings. Percentage of edible vegetable oil than vinegar in Mayonnaise is greater than that in cream salad; Mayonnaise = 75 percent oil and 5 percent vinegar.

Comparison between Salad Cream and Mayo: