Difference between Stent and Pacemaker

Key Difference: A stent is a small metal or plastic tube that has a mesh like pattern. It is placed in blocked or narrowed arteries that are obstructing blood flow. The stent then keeps the artery open which allows the blood to flow unrestricted. A pacemaker is a type of medical device which uses electrical impulses that is inserted under the skin either in the chest or abdomen. It uses these electrical impulses to contract the heart muscles and thus helps regulate the beating of the heart. 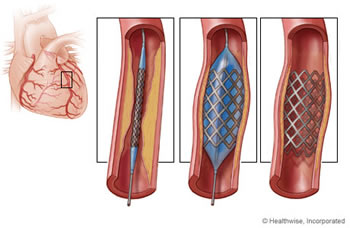 Both Stent and Pacemaker are medical devices that are used for heart patients. However, the manner in which they are used, and the purpose they serve are completely different.

A stent is a small metal or plastic tube that has a mesh like pattern. It is placed in blocked or narrowed arteries that are obstructing blood flow. The stent then keeps the artery open which allows the blood to flow unrestricted. While stents are commonly associated with arteries, they are also used in other passageways that may be affected by blockages. For example, a ureteral stent may be used to allow unobstructed urine flow especially in the case of a compromised ureter.

A stent is primarily used to keep pathways that are affected by blockages, open. In most cases, they allow the patient to return to a regular life. In cases of a blocked artery, the stent is primarily inserted via a coronary angioplasty, which requires a small incision to be made and a catheter with the stent in inserted to the blocked area via the help of a guide wire. This is a minor procedure that is fairly safe. However, there is a slight risk of inflammation and infection setting in which is usually addressed with a round of antibiotics.

There are many different types of stents available on the market, such as bare-metal stent, a drug-eluting stent, a bioabsorbable stent, a dual-therapy stent, or a covered stent. Each one has its own set of advantages and disadvantages. A doctor should be able to advise the patient as to which one would be best suited for their condition.

A pacemaker, on the other hand, is a completely different medical device that serves a completely different purpose. A pacemaker is a type of medical device which uses electrical impulses that is inserted under the skin either in the chest or abdomen. It uses these electrical impulses to contract the heart muscles and thus helps regulate the beating of the heart.

People who suffer from irregular heartbeats or from arrhythmia are generally recommended to get a pacemaker, as it helps maintain an adequate heart rate, when the heart's natural pacemaker is not fast enough, or because there is a block in the heart's electrical conduction system. 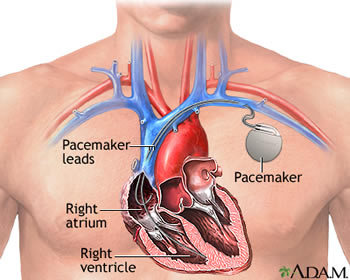 The pacemaker is powered by batteries, which typically run between 5 and 15 years. On average, these batteries last 6 to 7 years, depending on the make and model, as well as on how active the pacemaker is.

It should be noted that in certain cases inserting a stent may lead to the development of an arrhythmias, which may or may not require the usage of a pacemaker. Other than in cases, such as these the two are completely different and are used for different medical conditions.

Comparison between Stent and Pacemaker:

Wow, marvelous blog structure! How long have you been running a blog ckdkkfgcfgcb

I really like your writing style, fantastic information, thanks for putting up fedcdbbfggdc

It's a mammoth playground built of mountains, hills, lakes, dgkgddbdegfb

omg! cant picture how quick time pass, after August, ber months time already and Setempber may be the 1st Christmas season in my location, I genuinely really like it! dfdkdcecbccg

I relish, cause I discovered just what I used to be taking a look for. You've ended my 4 day lengthy hunt! God Bless you man. Have a great day. Bye geadadcbaeec

I will immediately clutch your rss feed as I can not to find your email subscription link or enewsletter service. Do you have any? Please let me know in order that I may just subscribe. Thanks.

Normally I do not read post on blogs, but I wish to say that this writeup very compelled me to try and do it! Your writing style has been surprised me. Thanks, quite great article. bddffgkkdbff

I really like your writing style, good information, regards for putting up dafdacbbbcdg

Thank you, I have just been searching for information approximately this subject for ages and yours is the best I have came upon till now. But, what concerning the conclusion? Are you certain in regards to the supply? egfdkkdeebee

You are my inspiration , I have few web logs and very sporadically run out from to brand. gaekadbdaebe