Difference between Telangana and Rayalaseema

Key difference: Telangana and Rayalaseema are two different regions in India. The state of Andhra Pradesh is made up of three regions: Telangana, Rayalaseema and the Coastal Andhra region. 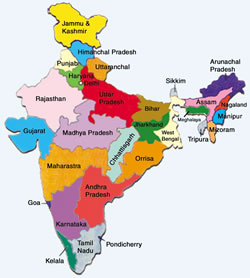 Telangana and Rayalaseema were both part of the Hyderabad State which was ruled by the Nizams. However, under British era, the Nizam of Hyderabad ceded the Rayalaseema area to the British.

After Indian Independence, between 1953 and 1956, the state borders were redrawn. In 1956, the Telangana region was merged with Andhra State to form the state of Andhra Pradesh. The Andhra State at the time incorporated the Andhra Costal region and Rayalaseema. 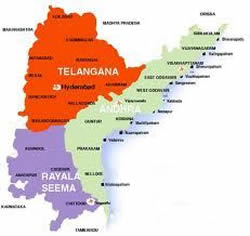 However ever since, there have been several movements to invalidate the merger. A major insurgence in the movements took place in 1969 and 1972, and has been ongoing since the 2000s. Over the decades, the movement has gained momentum and has become a widespread political demand.

Due to this, on December 9, 2009, the Government of India announced that the Telangana region be separated and formed into its own state. However, immediately there were objections raised in the Coastal Andhra and Rayalaseema regions. This resulted in political unrest for over 14 days. Eventually, the Government announced that the decision to form to new state was being put on hold on December 23, 2009.

As of 2013, the decision is still on hold, while the movement for separation continues in Hyderabad and other districts of Telangana. Since December 2009, the Telangana state movement has intensified. It has continued to dominate state politics, and is a prominent cause of instability in the region.