Difference between Ton and Metric Ton

Key Difference: Ton is a measurement unit that is generally used for weight. In U.K., one ton is equivalent to 2240 pounds and in the U.S.A., it is considered to be equivalent to 2000 pounds, whereas a metric ton is used to denote 2204.6 pounds.

The need of various measurement units for the same entity is due to various reasons. The most important reason is that they provide various options. A person can choose a measurement unit that is easier to use, depending upon the requirements of the task related to measurements. Generally, for the purpose of weighing we use pounds or kilograms but when heavy objects are to be considered, then one needs to mention a big figure to express the weight of objects. To work with this big figure can be sometimes difficult. Thus, some other units are used in order to avoid such issues. Ton and metric ton are such devised measurement units.

Ton is the unit of measurement that is primarily used as a unit of weight. It has been derived from the word tun meaning barrels of the largest size. These barrels were able to contain 210 to 256 gallons, and weigh around 2000 pounds. Thus, a ton is used to denote a unit of weight. It differs in the United States of America and Britain. In the United States, it is known as short ton which is equivalent to 2000 pounds or 907.18 kg, whereas in Britain it is  known as the long ton and is equivalent to 2240 pounds or 1016.05 kg. 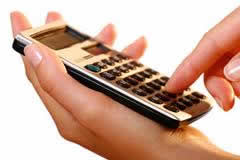 The metric ton is considered to be equivalent to 1000 kg or 2204.6 pounds. It is also referred as tonne. It is not a S.I. unit but officially it is accepted to be used with the SI units.

There is a possibility of some confusion between the ton and metric ton as metric ton is also known as tonne. Ton and tonne sound similar thus, it is prefer to use metric ton in place of tonne, to avoid the confusion. However, the similarity between the two is that both are primarily used as measurements of weight. A metric ton is greater than a short ton and less than the long ton.