Difference between Triumph and Victory

Key Difference: Both the terms Triumph and Victory have a similar meaning, i.e. winning. The term ‘victory’ implies a win in some sort of a direct competition, such as a battle or a contest of some sorts. Whereas, in the context of triumph, the concept of defeat can be downplayed or be non-existent. 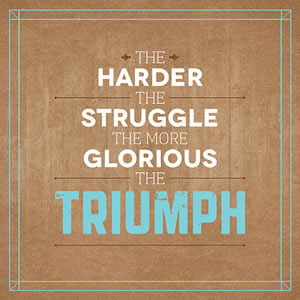 As is the case with English, there are often two words with similar meanings that tend to be confusing. Among so many others, the two terms Triumph and Victory are two such words. Both have something to do with winning, which is why the terms are often used interchangeably. However, there are certain differences between the two, which is why they are two different words in the first place.

Both the terms have a similar meaning, i.e. winning. However, there is a different implication in the usage of both terms. The term ‘victory’ implies a win in some sort of a direct competition, such as a battle or a contest of some sorts. The implication here is that one person’s victory is due to the defeat of another. The term ‘victory’ originally was used only in the context of war and battle, however, it has not come into common usage.

Whereas, in the context of triumph, the concept of defeat can be downplayed or be non-existent. For example: The new garden is a great triumph. Here, it indicated that the garden is a success and a win for whoever planted the garden, however, it does not indicate the defeat of anyone or anything. Hence, triumph can have various uses as opposed to victory, which implies winning of one, as well as the defeat of another.

Also, a victory is typically over another person; a person who is usually considered to be an opponent or a rival. Triumph, on the other hand, can be against a person, a situation, or even an in animate object. For example: one can triumph over hardship. Here, one is beating the circumstance, and another person or their defeat does not play a part in the speaker’s triumph.

Comparison between Triumph and Victory: