Key Difference: Love is a feeling of warm personal attachment or deep affection, as for a parent, child, or friend. Crushes are usually considered as an attraction or puppy love that a person may have over another person. These crushes are usually when people are young such as adolescents, coming into age. Infatuation is when a person gets so swept up in feelings of what they believe in love that they do not see the rationality of the situation.

Humans are fascinated with love. We need love, we crave love, and we’ll do anything for love. There are pages and pages devoted to love throughout history, stories, poems, sonnets, paintings, and so much more. However, sometimes we confuse love with crushes and infatuations. These three are completely different things. Read on to find out how. 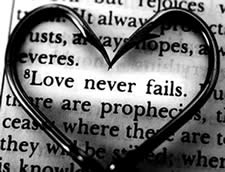 According to Dictionary.com, ‘love’ is a profoundly tender, passionate affection for another person. It is a feeling of warm personal attachment or deep affection, as for a parent, child, or friend. It can also be used to describe sexual passion or desire.  Love is a strong affection and an emotion of personal attachment. Love is defined as a virtue full of human kindness, compassion, and affection; "the unselfish loyal and benevolent concern for the good of another". While love more often than not is used to denote feelings toward the romantic partner, love, in fact, is more generic than that. 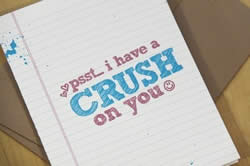 Crushes are usually considered as an attraction or puppy love that a person may have over another person. These crushes are usually when people are young such as adolescents, coming into age. Crushes are somewhere in the middle of love and infatuation. The relationship may initially start as a crush, but can either develop into love or infatuation. When a person is in this stage, he/she usually fawn or adore the other person. They are vulnerable and can do anything to make the other person realize their feelings. Crushes happen when a person is attracted to another and believes them to be the epitome of perfection. See the difference between devotion and love.

Crushes can be one-sided or two-sided. When a person is in this stage, they usually daydream, fantasize or waste ample amounts of time thinking about the other person. Crushes are also not limited to people of the same age. A person usually has a crush on people that they know they have no chance with such as a rockstar, actor/actress, teacher, uncle/aunt, neighbor, friend’s parents, etc. Other names for crushes include puppy love, simple infatuation, calf love, or kitten love. 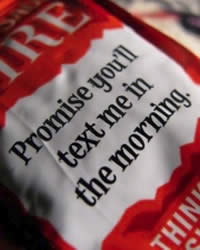 It is often associated with destructive things such as obsessive and lust, which are believed to be the foundation of the infatuation. If not properly attended; these can often turn into obsession and lust. They can also cause a person to harm themselves or become suicidal if they feel that they are not getting the attention they require in return. Some people believe that infatuation is another name for attraction, as both are caused by similar things. Infatuation can often confuse a person into believing it is love; however it is not. Infatuation causes a person to become selfish, demanding, and addictive; always requiring that extra rush of adrenalin. But, it is short lived and often passes away soon. Infatuation does not always have to be with a person it can also be with objects or materialistic things. See the difference between love and infatuation.

my infatuation has became weak

Hi, can I ask you where you get that Crush, True Love, and Infatuation on that table? Is there any book references that based on that table? Please I really need it to do my final research.. Thanks ^_^

Hi Natasha, the table is based on a variety of sources based on the internet, as well as from primary research. Hope it helped.

Can I ask you what kind of primary research that you're talking about? I really need to know the source about puppy love or infatuation love something like that.. Anyway thanks for replying my comment ^_^