Difference between Trust and Believe

Key Difference: Trust and believe have deeper meanings when it comes to using it in relationships. Trust would actually mean that a person places complete confidence in another person and can rely on them for anything. Believe is a more temporary concept that requires the person to place faith in a person for a select time frame. Believe can also refer to accept that something is true or someone is true. 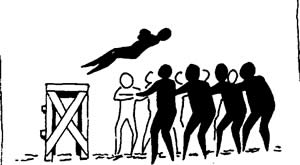 Trust and believe have deeper meanings when it comes to using it in relationships. The term trust is considered to be a much stronger than believe. Trust would actually mean that a person places complete confidence in another person. The person believes that the person he is trusting will do no harm to him. For example: a person that allows a friend to borrow his car, he has faith that the person would not harm his car and would return in the same condition that he/she borrowed. Another example includes borrowing money. If a person lend his friend money, he ‘trusts’ that the friend would return the money in due time. Trust is a permanent concept, where a person that is trusted is usually trusted for life, until that person breaks that trust. If either party breaks the trust, it takes a long time to build it back. The term ‘trust’ is derived from Old Norse word ‘traust’ meaning “trust, protection, firmness”. 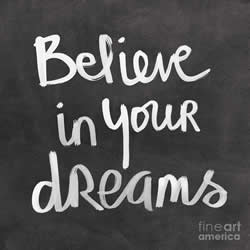 Believe is a more temporary concept that requires the person to place faith in a person for a select time frame. Believe can also refer to accept that something is true or someone is true. Believe is the feeling that would require a person to accept that a person is a good person that tells the truth. Believe is a feeling that allows a person to have faith in someone or something. For example: a person believes that he/she can pass an upcoming exam. This is having faith that the person will be able to pass the exam. However, there is a slight chance that the person can fail the exam. The term ‘believe’ consists of accepting an idea or a suggestion. Believes may also change depending on the circumstances, hence it is considered as a temporary concept. Using the above example, the person may believe that they are able to pass the exam, but what about the other exam after that.

The best example to explain the differences between trust and believe was provided by blogger admiral-joraxx on hubpages.com. He shared the story of the tightrope walker Jean Francois Gravelet, also known as Charles Blondin. Blondin is famous for tightrope walking across the Niagara Falls. He performed this feat even pushing a wheel barrow. The story suggests that after he finished walking to one side, he suggested that he now wants to walk across the tightrope pushing a wheelbarrow with a person in it. He asked the crowd below if they believed he could do it. The crowed yelled ‘YES’, then he asked for a volunteer from the crowd to sit inside the wheel barrel while he pushed it. However, this time none of the members raised their hand. This is the distinction between trust and believe. They believed the he could push the wheel barrow with a person, but they did not trust him enough to put their lives on the line for his act.

Thank you very much

Thank you for being of help,wanted really to know and understand the difference between trust and believe.