Difference between Unlocking and Jailbreaking an iPhone

Key Difference: Unlocking an iPhone removes SIM restrictions from the phone, allowing the use of the iPhone on any carrier. Jailbreaking is a method that allows the user to get past the limitations that are placed by Apple and allows the user to download additional applications, extensions, and themes that are unavailable through the official Apple App Store. 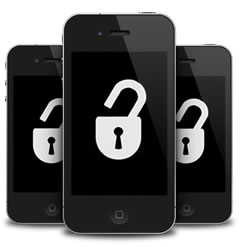 Apple has many strict guidelines when it comes to its products, specially when it comes to customization. Apple does not allow running any software or app that is not approved by the company, on its devices. This is mainly to protect its device and its products. This should be very clear considering Apple is currently fighting multiple law suits to protect its copyright on its products. Unlocking and Jailbreaking an iPhone are two ways to get extra features and benefits from the phone.

Unlocking an iPhone removes SIM restrictions from the phone. The definition of unlocking includes removal of SIM restrictions on the modem, allowing the use of the iPhone on any carrier. Unlocking the device allows the user to purchase the phone on one network carrier such as T-Mobile and then use it on another carrier, let’s say AT&T. Many users can purchase unlocked phones from the company directly and then purchase plans separately if that is much more feasible. However, unlocked phones are quite expensive compared to the ones purchased with a carrier on a contract.

There are two different types of unlocking method: software unlock and hardware unlock. In software unlock, the user can unlock the device by using a software, while in hardware unlock the user requires to manually alter the hardware to allow other SIM connections. Software unlocks are generally considered safer as they can easily be reverted back if needed. Many countries such as the United States consider unlocking the phone to be illegal; however, the law has now been amended and considers unlocking by the service provider to be legal. In case, a person wants to illegally unlock an iPhone, they would first have to jailbreak the iPhone and then unlock the phone using a software.

Jailbreaking is a method that allows the user to get past the limitations that are placed by Apple Inc on their products and enables them to get full access to Apple devices like iPhone, iPad, iPod Touch and Apple TVs. Jailbreaking allows iOS users to gain root access to the operating system, allowing them to download additional applications, extensions, and themes that are unavailable through the official Apple App Store. 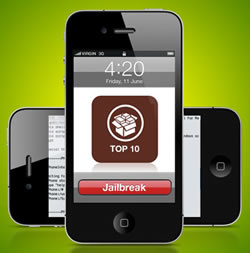 Jailbreaking a device allows the users to download additional applications from other resources that are not otherwise accessible to the user. Jailbreaking also allows the user to use the cellphone with any carrier that he/she wants. In many countries, jailbreaking has become a legalized procedure; however Apple has claimed that once the device is jailbreaked it nullifies the warranty on the product. A device that has been jailbroken can continue normal functions such as connect to iTunes and make calls. There are two types of jailbreaking: tethered jailbreak and untethered jailbreak.

An untethered jailbreak does not require the constant use of a computer and is the preferred jailbreak method. The only time a connection to the computer is required is during the jailbreaking process. Once the device has been jailbroken, you can use it as a normal device, turn it on and off and reboot it. It is also known as a permanent jailbreak. This is the most sought after jailbreak; however it takes time for this jailbreak to be released. There are 2 types of untethered jailbreaks: Patched LLB-based and kernel hacks.

The jailbreak deals with the software and apps on the iPhone, while unlocking the phone lets users use other wireless networks (SIM) on the phone. Jailbreaking usually pertains to software and apps on the iPhone / any other phone which you jailbreak. By jailbreaking, you can actually run software and apps that are usually not allowed to run. You can install these apps because the jailbreak affects the firmware of the iPhone.Unlocking iphone is a totally different thing. It has a sole purpose – to let you use different carriers (SIM or network providers) on your iPhone.So if you have a phone that takes a sim card, odd are you can use a sim card from another carrier in your country. Some phones are called ‘international’ phones and can support a number of broadband, so if you unlock your phone, you can take it overseas and use it there.You could unlock your iPhone by jailbreaking it and installing unlock software. Unfortunately, Apple has patched that exploit, and software unlocks are no longer possible.Software unlocking may damage your mobile data.