Difference between UPS and Inverter

Key difference: An inverter and a UPS are both used in providing back-up power supply to electronic devices, in the event of an electricity outage. An evident difference between the two is the time taken by them to provide the supply. 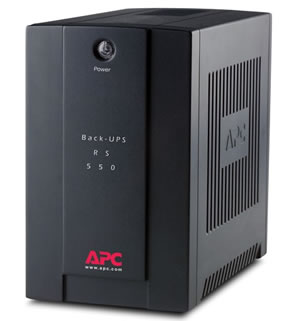 As the world continues to progress under digital revolution, there is a great amount of palpable dependency on resources such as electricity. Electricity finds itself in this situation, because of the invention and popularity of a plethora of electronic devices, designed to make life easier for people. In such a world, an electricity shortage would be the last thing that a person would wish for. However, these shortages are as much a reality, as the multiple electronic appliances that we use in our routine life.

Electricity flows as AC, i.e. Alternating Current, and DC, i.e. Direct Current, to and from various electronic devices. When electricity is available from the mains, an inverter obtains it in form of AC, to store it in a battery. However, for doing this, the inverter must convert AC to DC, and then store it. When there is an outage, the power from the battery has to be supplied to various electronic appliances, but it cannot be distributed in form of DC. So, the inverter converts DC back to AC and supplies it to the gadgets, until the outage ends. After this it continues to store AC in its battery again for further consumption. This inversion of electric currents from AC to DC and vice versa is the reason, why an inverter is called so.

UPS, short for Uninterrupted Power Supply, also uses the same principle for storing and distributing current to electronic gadgets. However, unlike an inverter, a UPS is quick in this transition of currents. One factor going in favor of UPS is that doesn’t make use of relays and signals like an inverter, to switch from AC to DC, or vice versa. Perhaps, this is the reason why UPS is just a little faster than an inverter. A UPS takes around 10 to 15 milliseconds for a single changeover, while an inverter takes up to 500 microseconds for the same. Gadgets which can’t tolerate this time lag, like a computer, are paired up with a UPS rather than an inverter, precisely for this reason. Another notable difference between the two is that is a UPS is credited with regulating and monitoring the fluctuations in flow of electricity. The same doesn’t hold true for the inverter, as it simply stores and relays electricity, but doesn’t monitor it. This is also one of the reasons why electronic devices having delicate circuitry and built are backed-up using a UPS, instead of an inverter. However, inverters do enjoy the preferred status for general electric gadgets, whose working doesn’t get affected by extended delays in power supply.

Thus, both an inverter and UPS are similar to each other, but they cannot be called as being the same.

Comparison between a UPS and an Inverter:

Is it 500 micro second or milli second??